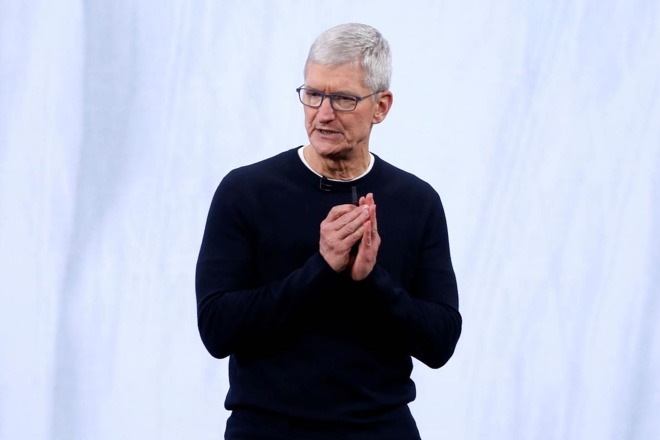 After the death of Steve Jobs in 2011, both Wall Street and Silicon Valley worried about Apple's future. But, nine years later, Apple's revenue and profits have more than doubled and the company's market valuation is higher than the GDP of Canada, Russia or Spain.

Those gains have been made under the helm of Cook, who succeeded Jobs in August 2011. According to a profile in The Wall Street Journal, the past nine years have seen the tech executive reform Apple to more closely resemble himself.

Compared to Jobs' outspoken devotion to design, Cook is described as much more methodical and focused on finance and social good. Although Apple under Cook has a "more relaxed workplace" environment than Apple under Jobs, staffers said that Cook is similarly "demanding and detail oriented."

The CEO's attention to detail "causes underlings to enter meetings with trepidation." And Cook's precision has "reshaped how Apple staff work and think," the Journal adds.

"Middle managers today screen staff before meetings with Mr. Cook to make sure they're knowledgeable. First-timers are advised not to speak. "It's about protecting your team and protecting him. You don't waste his time," said a longtime lieutenant. If he senses someone is insufficiently prepared, he loses patience and says, "Next," as he flips a page of the meeting agenda, this person said, adding, "people have left crying."

Another time, Cook reportedly got irritated that Apple shipped 25 computers to South Korea instead of Japan. Although some sources said it seemed like a minor accident, Cook warned that "we're losing our commitment to excellence."

The Apple executive rarely visits Apple's design studio, which Jobs frequented. At a 2012 meeting to review an early Apple Watch prototype, Cook was absent. Sources say such an absence would have been unthinkable under Jobs.

Also unlike Jobs, who thought Apple's cash was best directed toward research and development, Cook is much more willing to return cash to investors. In 2013, Cook had a three-hour dinner with Wall Street investor Carl Icahn that ended with dessert consisting of Apple logo cookies.

Colleagues and acquaintances who spoke to the Journal said that Cook was a "humble workaholic with a singular commitment to Apple." Even longtime colleagues rarely socialized with Cook, and former assistants said that he doesn't often partake in personal events.

Apple declined to set up interviews with Cook or senior executives, but "helped arrange calls four phone people it said could speak to areas of importance to Mr. Cook such as environmentalism, education and health."

Of those four employees, one had never met Cook, and the others who spent a combined total of a few hours with the chief executive.

The proof of Apple's shift may be in its products. The company has largely failed to release the type of market-disruptive products that Jobs was famous for.

Instead, Apple has dominated accessories that surround the iPhone -- including the Apple Watch, AirPods and services like Apple Music. The Apple Watch has outsold every other watch in the world, while AirPods made up more than half of all headphones sold in 2019.
«1234»