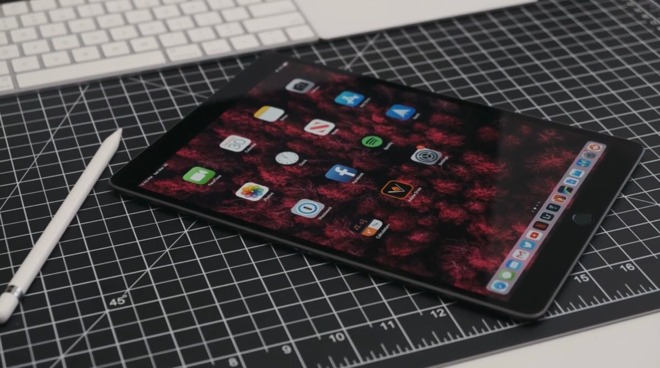 According to a report from MyDrivers, the so-called "iPad Air 4" will sport a variant of Apple's A14 processor, and could also adopt a USB-C port and an 11-inch Liquid Retina display. The addition of USB-C could suggest that Apple is positioning the iPad Air lineup as a lower-priced professional device more akin to the iPad Pro, and the bump in screen size could indicate slimmer bezel design.

MyDrivers also suggests that Apple will release a new Magic Keyboard model compatible with the iPad Air 4 -- a rumor that we've also seen before. With iPadOS, current iPad Air models support trackpads and mice, though the Magic Keyboard is an iPad Pro-exclusive currently.

For reference, the previous iPad Air 3 has a 10.5-inch LCD screen and retains Apple's signature Lightning port. Apple sells a trackpad keyboard case for the iPad Air, though it's a third-party Logitech model.

The report suggests that the new iPad Air model will start at $649, an increase compared to the previous generation's $499 price tag. It's rumored to be available in 128GB, 256GB and 512GB storage configurations.

This isn't the first time we've heard rumors of the iPad Air lineup ditching Lightning. In June, a supply chain report suggested that the next generation of the device could be the first non-Pro iPad to adopt USB-C. Apple is also expected to refresh the iPad mini, though that smaller tablet is expected to retain a Lightning port and only see a small bump to display size.

MyDrivers has a mixed track record of reporting on Apple's future plans, though the company has produced accurate information in the past.
«12»