AppleInsider
Posted: August 20, 2020 9:21PM
in General Discussion
LG appears to be rolling out a firmware update that adds the Apple TV app to select 2018 models. 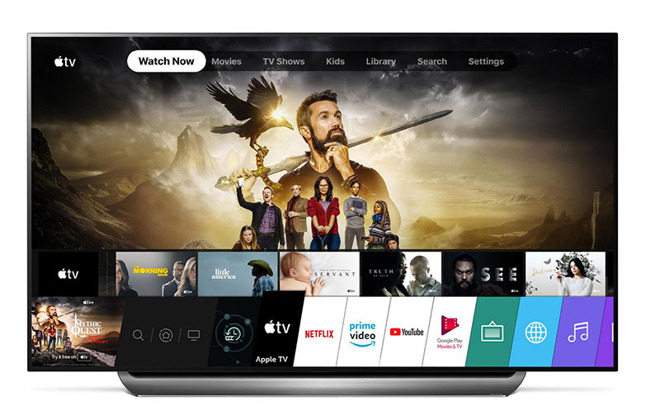 In February, LG issued software updates that brought the Apple TV app to certain 2019 smart TV models. At the time, the company said a firmware update in 2020 would introduce the TV app to 2018 models as well.

Although no announcement has been made as of writing, users of 2018 LG TVs have spotted the Apple TV app as available for download this week.

The Apple TV app is now available on my 2018 LG OLED. pic.twitter.com/GEqCbgLTaF

It isn't clear if the rollout is global as of yet, but it appears users in multiple countries have seen the option to download. MacRumors on Thursday received tips from readers who have spotted the app.

The Apple TV app can be downloaded from the LG Home app launcher on supported TVs. Once it's installed, users can subscribe to and watch Apple TV+, access their iTunes libraries, and add additional content providers via Apple TV Channels.

LG has also promised to bring both HomeKit and AirPlay 2 support to certain 2018 smart TV models by October 2020, including "SK" and "UK" LED models and "B8" through "Z8" OLED models.