AppleInsider
Posted: September 2, 2020 9:58PM
in General Discussion
The U.S. Court of Appeals for the Ninth Circuit this week ruled that Apple must pay retail workers for the time they spend waiting for their bags to be checked. 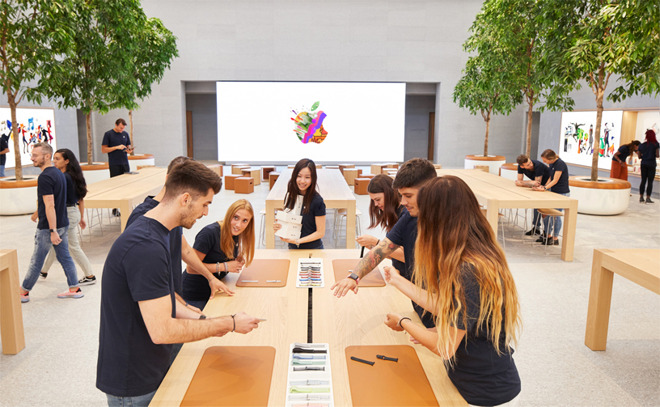 That decision, rendered on Wednesday in a unanimous opinion, aligns with a previous California Supreme Court ruling. In February, California's high court determined that the time employees spend being screened at the end of their workday is compensable.

In its opinion Wednesday, the Ninth Circuit said that the U.S. District Court that presided over the original lawsuit, and handed Apple a victory, erred in its judgement. It added that the California Supreme Court's holding means that employees are now entitled to summary judgement on the issue of being compensated for the time.

The original lawsuit against Apple was filed in 2013, and claimed that Apple's policy of requiring workers to clock out before undergoing bag searches led to an hour and a half of unpaid work a week. It reached class action status in 2015.

In its ruling in February, California's high court determined that the time waiting for exit checks was compensable under California Industrial Welfare Commission Wage, which requires that employees are compensated for all time when subject to the control of an employer. That's because the Supreme Court found that the exit searches were required, involved a significant degree of control, are enforced through the threat of discipline, and are imposed primarily for Apple's benefit.

The Ninth Circuit panel on Wednesday also rejected Apple's arguments about some employees not bringing bags to work and said it's disputed whether the policy was enforced through discipline.

"Those purported disputed facts are irrelevant to whether time spent by class members waiting for and undergoing exit searches pursuant to the policy is compensable as 'hours worked' under California law," the opinion reads.