AppleInsider
Posted: September 3, 2020 3:20PM
in General Discussion
To bring the ability to track where a wearer's gaze and attention are focused, without requiring costly processing or battery-draining performance, Apple is having to develop a whole new system of eye tracking technology for "Apple Glass." 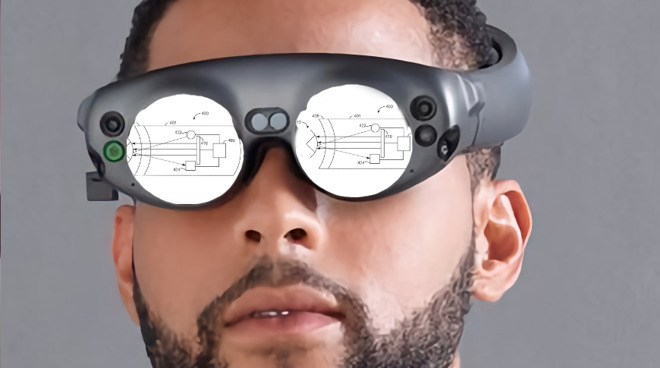 So if an AR device is presenting a book to you, it would be good if it knew when you'd reached the bottom of the page. In a game when you're hunting for treasure, it's going to have to be pretty big treasure unless there's a way for the device to know precisely where your eyes are looking.

"Method and Device for Eye Tracking Using Event Camera Data", a newly revealed patent application, describes the fact that this feature is needed -- but then also what problems it brings. Apple is not reinventing the wheel with eye tracking, but it is trying to make that wheel much smaller.

"[However, transmission] of the images at a sufficient frame rate to enable eye tracking requires a communication link with substantial bandwidth," continues Apple, "and using such a communication link increases heat generation and power consumption by the head-mounted device."

So current eye-tracking technology would necessarily make the AR device's battery life shorter. Given that there is already a trade off between the lightweight single-device design that Jony Ive wanted and the more powerful two-device system Apple had previously preferred, power is at a premium.

Apple's proposed solution is to cut down on the processing needed to track a user's gaze, and to do that by changing what exactly is tracked. "[One] method includes emitting light with modulating intensity from a plurality of light sources towards an eye of a user," says Apple. 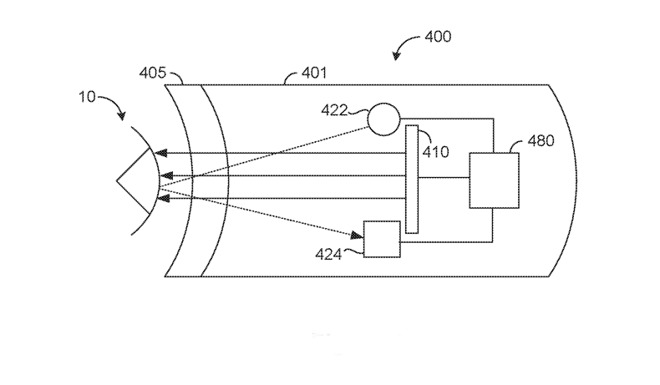 So while the AR headset can't exactly shine floodlights into a user's eyes, it could project some amount of light. A system would know exactly how much light was used and where it was directed.

This proposal of using reflected light to calculate gaze is a development of a previous Apple patent to do with using an infrared emitter. Separately, Apple has also previously explored different tracking systems in order to assess a user's eye dominance.