AppleInsider
Posted: September 16, 2020 4:10PM
in General Discussion edited September 2020
A questionable image of what is said to be a prototype "AirPods Studio" shared by a known leaker shows a generic headphone design with mesh earpieces. 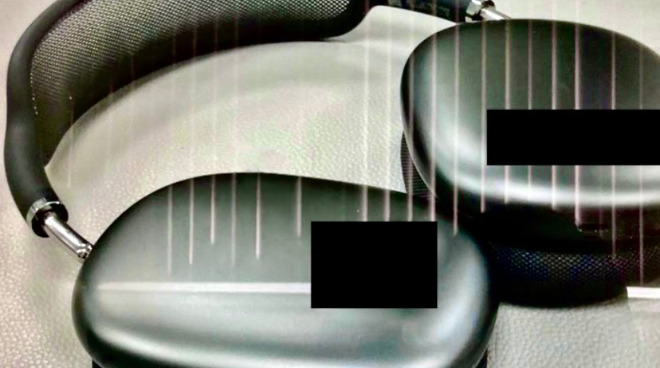 The long rumored "AirPods Studio" have been seen by prominent leakers Fudge, or @choco_bit on Twitter, and Jon Prosser. While Prosser has promised a video about the leaked headphones, Fudge has jumped the gun and shared some information in a few posts to Twitter.

Personally not impressed, looks too much like 2 Palm Pre's attached to 2 tuning forks

Looks a lot like what @markgurman described in April, but with homepod mesh pic.twitter.com/dzAufRRl7m

This was the final tweet in a series, and Fudge tells AppleInsider that the image is of the "AirPods Studio Sport variant in their current form." Apple often places their technology in ugly casings while testing them out in public, so that could explain the retro-inspired design. There is also a white variant with the same design, though not pictured.

The series of tweets described the design with images of various objects that attempted to convey it in an image.

Fudge describes the "AirPods Studio" as follows: Beyond the questionable provenance of the images, it is not clear if what is here is a final design or a prototype design for testing purposes. The over-the-ear AirPods were first predicted by Ming-Chi Kuo in 2018, but increased frequency in leaks suggest an imminent release. Rumors indicate different variations of the "AirPods Studio" with changeable parts via magnetic connections.

Apple is set to have more events this fall to announce the "iPhone 12" lineup and their new Macs with Apple Silicon. The "AirPods Studio" could be revealed at those events. The latest Apple event showed off a new Apple Watch Series 6 and iPad Air 4, as well as a subscription bundle called Apple One.

Update: After publication, a video of the white "AirPods Studio" was shared by Fudge.

I did say they looked a bit worse IMO pic.twitter.com/AiYNMyfktR