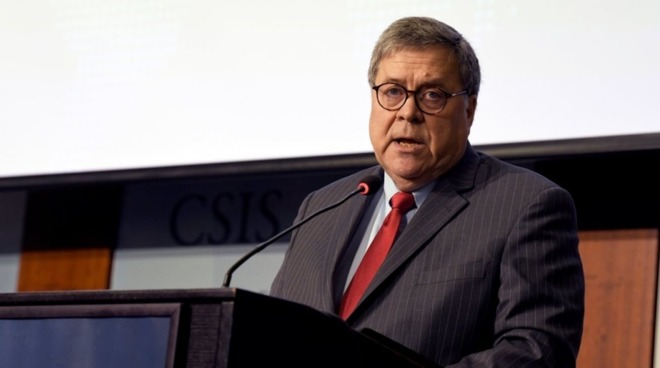 In June, the DOJ announced a set of reforms that would hold technology companies more legally responsible for the content that their users posted. That followed President Donald Trump signing an executive order that sought to weaken social media platform protections.

The proposed legislation on Wednesday would narrow the criteria that online platforms would need to meet to earn Section 230 liability protections. One of the main reforms is carving out immunity in cases such as child sexual abuse. It would need to be passed by Congress.

It also includes a "Bad Samaritan" section that could deny immunity to platforms that don't take action on content that violates federal law, or fail to report illegal material. That's similar to a variant of the EARN IT act that passed in the Judiciary Committee in July.

The proposal also states that nothing in the statute should prevent enforcement under separate laws, such as antitrust regulations.

Section 230 of the Communications Decency Act protects online platforms from being liable for the content that users post. It also requires them to moderate and remove harmful content to be extended Section 230 protections.

Those protections allowed technology platforms and the internet to flourish in their nascent years, but have since come under scrutiny. Trump signed the executive order in May, for example, after Twitter fact checked one of his tweets.

That scrutiny has bled into other areas of technology oversight. At what was supposed to be an antitrust hearing in July, many members of the U.S. Senate Judiciary Committee criticized companies like Facebook for alleged "censorship" of political views.

The Justice Department, specifically, has been looking into Section 230 reforms for the better part of a year. Attorney General William Barr said in December 2019 that the department was "thinking critically" about Section 230, and later invited experts to debate the law in February.
«12»