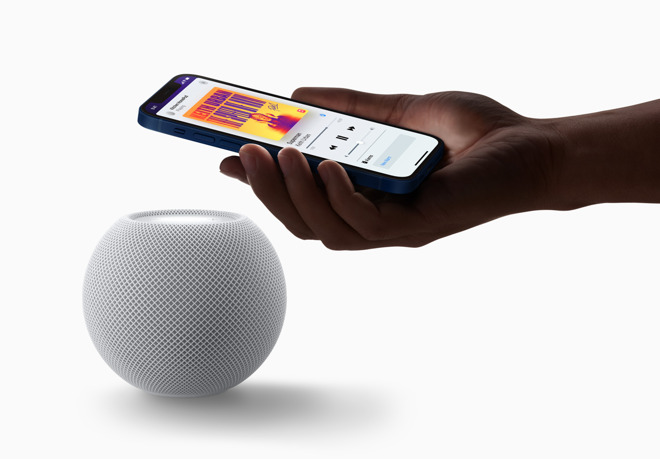 The device shares a design similar to the standard HomePod, but is spherical and less expensive. Its design also includes a backlit touch surface on the top with playback controls. That surface will also glow when Siri is invoked.

Although it's smaller, the HomePod mini still places a similar emphasis on high-quality playback with new "computational audio" features and audio hardware. It doesn't quite the same bill of materials as HomePod, but it still features a full-range dynamic driver and two passive radiators for advanced bass response. It also packs an acoustic waveguide to provide clear, 360-degree audio playback.

The onboard Apple S5 chip provides the computational audio features, which will include complex tuning models that allow the speaker to intelligently optimize both loudness and dynamic range. 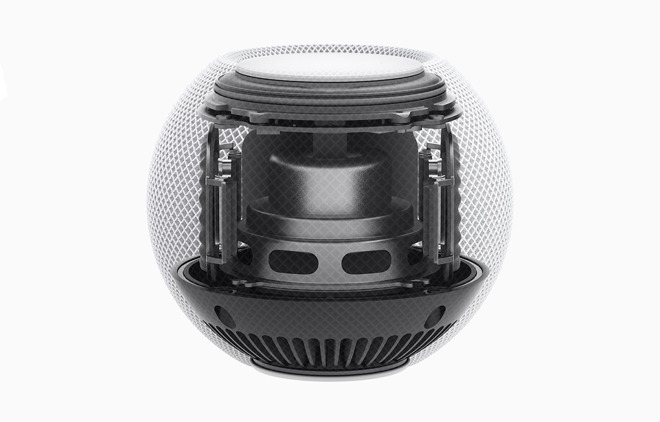 One of the most significant new additions to the HomePod mini is a new feature that will allow it to act as an Ultra Wideband base station to precisely locate U1-equipped devices, like the iPhone and Apple Watch Series 6.

Apple says that HomePod mini will be receiving a "magical" Handoff experience. A HomePod mini will understand when an iPhone is nearby, and will provide audio, visual, and haptic feedback so it feels like two Apple devices are actually physically connected.

But it's the price that stands out as the most attractive feature of the HomePod mini, and could allow Apple to better compete with the likes of rivals like Amazon and Google. Apple's smart speaker competitors all offer entry-level devices at prices far below HomePod's $299 price tag. Additionally, Apple notes that HomePod mini will be compatible with third-party streaming services like Amazon Music and Pandora.

The price point will also bolster users who would like to add several pairs around their home for surround-sound audio. In fact, HomePod mini will also be able to detect other HomePod models nearby and intelligently become a stereo pair.

Alongside HomePod mini, Apple also announced new Siri features that will make the digital assistant much more responsive and intelligent. For example, Siri will be able to identify different speakers and carry out contextual actions based on who is making a request. It also supports the new Intercom feature introduced on Tuesday. 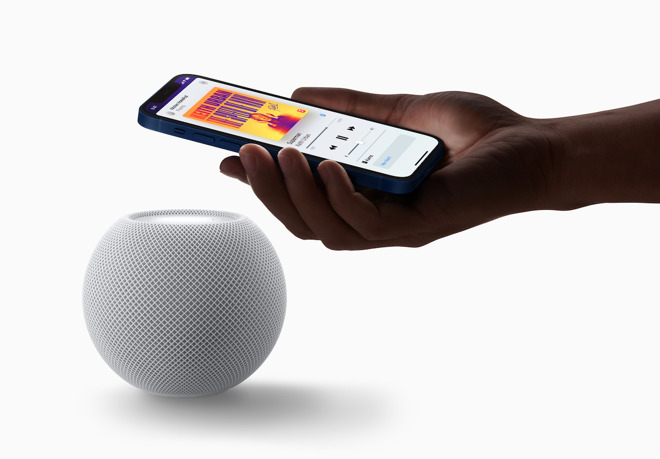 Apple also says that it produces HomePod mini with sustainability in mind. It uses mostly recycled materials, and uses power-efficient components and software that can cut down on energy expenditure.

Rumors of a lower-cost HomePod have surfaced consistently since 2018. Reportedly, Apple was mulling a cheaper home audio device as a way to boost lackluster sales and market share. Most recently, an accurate leaker predicted that Apple would forego a successor to the HomePod and would instead just release the HomePod mini at its Oct. 13 "Hi, Speed" event.

The HomePod mini joins a wave of Apple devices that have gotten lower in cost, a list that also includes the iPhone SE and the $999 MacBook Air.

HomePod mini will retail for $99 and will become available for preorder on Nov. 6. The smart speaker will start shipping out to customers the week of Nov. 16.

Stay on top of all Apple news right from your HomePod or HomePod mini. Say, "Hey, Siri, play AppleInsider Daily," and you'll get a fast update direct from the AppleInsider team.
«1234»