AppleInsider
Posted: November 5, 2020 7:23PM
in General Discussion
The chip expected to be at the core of the first Apple Silicon Mac -- the "A14X" -- may have been benchmarked just days before the next Apple event. 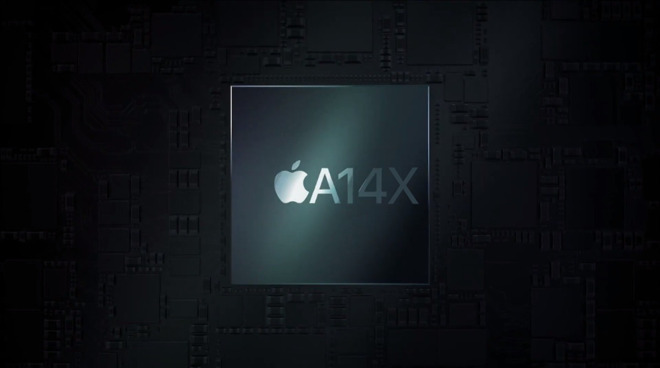 Apple's first Mac with Apple Silicon will have A14X

The alleged CPU benchmarks for the "A14X" show a 1.80GHz processor capable of turbo-boosting to 3.10GHz marking this the first custom Apple Silicon to ever clock above 3GHz. It is an 8-core processor with big-little arrangement. The GPU results show 8GB of RAM will be included with the processor.

The single-core benchmark for the "A14X" scored 1634 vs the A12Z at 1118. The A14 scored 1,583 points for single-core tests, which is expected as single-core results shouldn't change much between the regular and "X" models.

The multi-core benchmark for the "A14X" scored 7220 vs the A12Z at 4657. The A14 scored 4198 for multi-core, which means the "A14X" delivers a marked increase in performance in the sorts of environments that the GeekBench test suite focuses on. The additional RAM and graphics capabilities boost this result much higher than the standard iPhone processor.

For comparison, a 16-inch MacBook Pro with the Intel Core-i9 processor scores 1096 for single and 6869 for multi-core tests. This means the alleged "A14X" outperforms the existing MacBook Pro lineup by a notable margin.

The benchmark testing was reportedly performed with Geekbench 5 on an unknown device. It is unknown if this benchmark is real, and AppleInsider was unable to verify the provenance of the information with certainty.