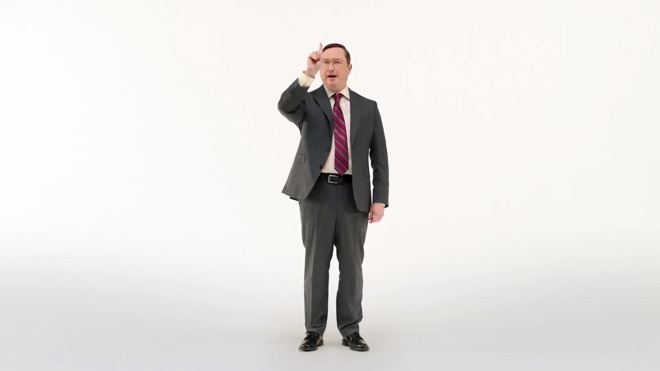 The "Get a Mac" ad campaign featured Hodgman's PC character alongside Justin Long playing a Mac. Ad spots always opened with Long saying "Hello, I'm a Mac," and provided a contrast between the bumbling and uncool PC character and the casual and creative Mac.

"Why make all these advancements? What's the point?" the PC character asks.

Long's Mac character did not make an appearance in the video.

The popular "Get a Mac" ad campaign ran from 2006 and 2009. In 2010, Adweek declared it the best advertising campaign of the first decade of the 21st century.