Why Thread is a game-changer for Apple's HomeKit

AppleInsider
Posted: November 13, 2020 2:09PM
in General Discussion edited November 2020
Thread provides many substantial benefits over existing connectivity options, and now that Apple has added it to HomePod mini, it is poised to be a game-changer for the HomeKit platform. Here's why. 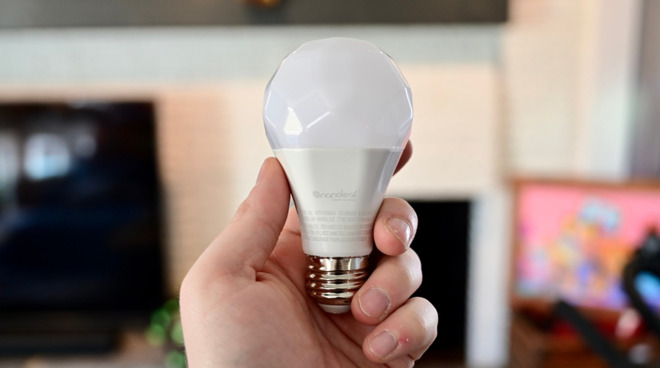 Thread is a new IP-based smart home connectivity standard, akin to Zigbee or Z-wave. Thread-enabled devices create a mesh network that interconnects all of the different devices together. With a mesh network, they can all connect and expand their reach far further than any single device could connect on its own.

Thread could connect lights, thermostats, smoke detectors, contact sensors, and more, allowing them to communicate throughout your home and extending their range.

Unlike Z-Wave and Zigbee (used by Philips Hue lights), Thread devices don't require their own hub to work. They can connect independently as well as too one another. It can also self-heal, so if one device goes out of commission, it will readjust to the next most substantial connection and keep stay up and running.

Rather than a single-use hub, these devices can connect online with what's known as a Border Router. This isn't a device itself by itself, but a feature of existing devices you may already have in your home. Some new routers are including Thread support, and of course HomePod mini.

Thread will create a mesh network between all Thread-enabled devices in your home, with no user configuration, and be aided by existing devices that can double as a Border Router.

It is also very low latency, making it usable for battery-powered accessories. Since it is an open standard, devices from many manufacturers will be compatible.

Compared with Bluetooth and Wi-Fi

We already talked about how Thread is better than Zigbee and Z-Wave by not requiring a bridge to work and having no singular point of failure. Now, let's compare with what is more common in the HomeKit space. That would be Bluetooth and Wi-Fi.

At the moment, nearly all HomeKit devices, except Philips Hue, use Wi-Fi or Bluetooth-- both are very problematic.

Wi-Fi is useful because no matter where you have the device in your home, it can (hopefully) connect to your network to be reachable. It also can more easily enable remote access or connectivity to your Home Hub. But it has problems-- it only works on the 2.4GHz channel, almost always is required to be plugged into power, and must be in range of your Wi-Fi to connect.

Thread can extend far beyond the range of your Wi-Fi and into low-coverage areas of your home by simply connecting to other Thread devices that are nearby. It can also run on battery or low-power devices like door locks, smoke detectors, light bulbs, contact sensors, and more. Assuming your Home Hub supports Thread to enable remote connectivity, these Thread HomeKit devices will have all the benefits of Wi-Fi without the downsides.

Then there is Bluetooth. Bluetooth is fantastic because it is low power and allows the devices to run on battery power rather than a wall socket. Contact sensors, locks, temperature sensors, and more are all common Bluetooth HomeKit devices.

These devices run into their own issues. They must be within close Bluetooth range of your Home Hub to be reached when your phone isn't nearby. This can be very limiting, and automations can fail if you don't have a Home Hub within range. Bluetooth also can't extend itself.

The non-profit group developing Thread has been around since 2016 but Apple didn't join until 2018. While we always assumed Thread would be coming to HomeKit accessories, it has taken some time before any Apple-specific hardware has supported the standard.

Apple's first piece of Thread-enabled hardware is the new HomePod mini. Apple's keynote came and went without a mention of Thread for HomePod mini, but it was listed as a line item in its tech specs. Many assumed we'd see something sooner rather than later, and they were right.

Nanoleaf has announced its new smart light platform, dubbed Nanoleaf Essentials, which support Thread. Additionally, Eve Systems has started to add Thread to its already existing products, rolling out firmware updates starting with its Door and Window Sensor before expanding to its entire product line.

It is incredible that Thread can simply be added through firmware and doesn't necessarily require new hardware. We anticipate that Thread will expand as big names like Apple hop on board.

When you picture a future where all of your HomeKit devices pair together to blanket your whole home in a mesh network that has remote access and lightning-fast responsiveness, Thread seems like the logical path forward.

All of the current weak points -- lack of Wi-Fi coverage, hubs not close enough, no Wi-Fi on battery-powered devices, slow response times -- would be a thing of the past.

Thread is only now starting to make its way into consumer products, and it will likely play a big part in HomeKit and the Project Connect Home over IP group that Apple also joined in late 2019. Apple has been keeping the end-game square in its sights for years, and its vision can finally be realized with Thread.

HomeKit is ready to take off, and Thread is what will be tying it all together.