AppleInsider
Posted: November 25, 2020 9:44PM
in General Discussion
The European Parliament on Wednesday voted to support the right of consumers to repair their own phones, tablets, laptops and other devices without going through the companies that produced them. 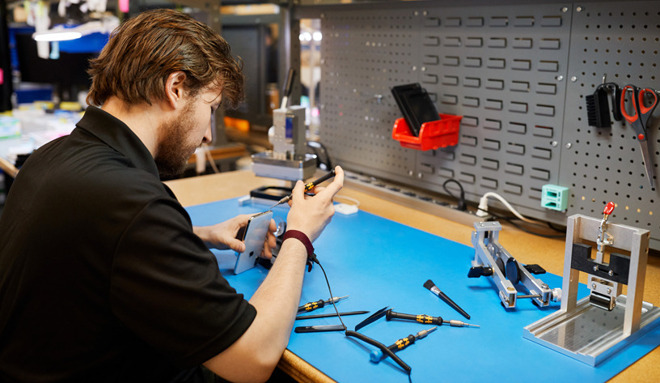 The resolution, a report of recommendations to facilitate the right to repair, was passed with 395 votes in favor and 94 against, with 207 abstentions. As Euronews points out, it's only an advisory report, and it's still up to the European Commission to issue actual proposals.

The vote calls for the European Commission to "develop and introduce mandatory labelling, to provide clear, immediately visible and easy-to-understand information to consumers on the estimated lifetime and reparability of a product at the time of purchase."

"Despite the political divisions, because there is a clear political division on this issue between conservatives and the progressives, we are seeing that the European Parliament is finally upholding its reputation as a defender of consumers' rights and environmental issues," she said.

Repair site iFixit notes that a recent EU survey found that 77% of EU citizens would rather repair a device than replace, and 79% thought that manufacturers should be legally obligated to facilitate the repair of devices or the replacement of parts.

Among the other provisions of the report, the motion calls for the assignment of repairability scores similar to those pioneered by iFixit. It also recommends compelling companies to provide instructions on how to repair devices, something that device makers like Apple don't do.

Apple has publicly opposed right to repair legislation in the U.S., arguing that it could threaten consumer safety and device security.

Internal communications between Apple staffers suggest that there is still debate and uncertainty surrounding right to repair policies within the company.
«12»