AppleInsider
Posted: December 9, 2020 1:24PM
in General Discussion edited December 2020
Facebook-owned WhatsApp has criticized Apple for demanding privacy information that it does not have to disclose for its own apps -- but as it turns out, Apple is in fact disclosing this information, the same as it requires from third parties. 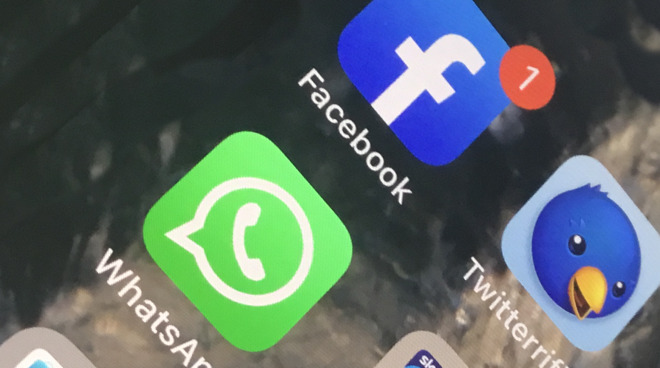 Alongside the continuing disagreements between Apple, Facebook and others over iOS 14 privacy features, WhatsApp has called the new feature unfair. The messaging company objects to how Apple's own Messages does not require the new privacy label details, because it is preinstalled on iPhones.

"While providing people with easy to read information is a good start," a WhatsApp spokesperson told Axios, " we believe it's important people can compare these 'privacy nutrition' labels from apps they download with apps that come pre-installed, like iMessage."

"We think labels should be consistent across first and third party apps," continued the spokesperson, "as well as reflect the strong measures apps may take to protect people's private information."

WhatsApp reports that it has submitted the information Apple requests about how its app handles user data. However, the company fears that users will see this specific information and learn none of its own security and privacy features.

"Our teams have submitted our privacy labels to Apple but Apple's template does not shed light on the lengths apps may go to protect sensitive information," said the spokesperson. "[For instance, while] WhatsApp cannot see people's messages or precise location, we're stuck using the same broad labels with apps that do."

Apple previously said that developers have to submit this "nutrition label" kind of information by December 8. It's now a requirement for all iOS 14 apps.

Additionally, Apple has told AppleInsider that all iOS apps are subject to the privacy information label, including its own. If an iOS app doesn't have its own product page, like some of the apps that ship with the iPhone, it will still have privacy data for users, published by Apple, on its website.

There is not yet, however, a date by which users will see such labels for all apps. Regardless of the December 8 deadline, Apple has said that existing apps will remain available to download even if the information is not supplied.

Consequently, users can expect to soon see some of these "nutrition labels" detailing privacy issues. However, it could be a considerable time before the information is on every relevant app.