AppleInsider
Posted: December 18, 2020 1:52PM
in iPhone
Apple Pay use has grown significantly since the pandemic began, and regulators are taking note as antitrust probes have already begun. 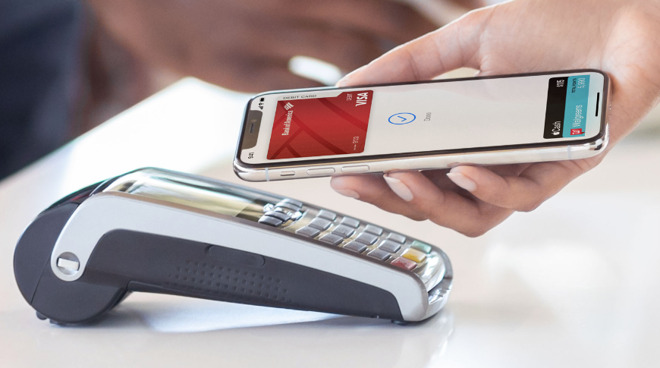 Apple Pay will be Apple's next regulatory battle

Apple Pay works on all Apple products via biometrics or a password and can be used in apps and on the web. Between Apple Card and Apple Pay Cash, users are significantly motivated to utilize Apple's payment platform when using Apple devices.

The largest issue at hand is how Apple presents users with the payment system and how other payment products are minimized on its platform. The Wallet app cannot be deleted and payment apps cannot have access to the NFC chip on the iPhone. This means when the iPhone or Apple Watch is presented to a payment terminal, the Wallet app will always appear.

On top of those restrictions, Apple also has guidelines for developers that minimize other payment options. These guidelines range from "make the Apple Pay button larger" to "make Apple Pay appear separate from other options."

Regulatory pressure started in late 2019 as the EU opened an investigation into Apple Pay. Other regulatory bodies have taken interest since, especially due to the pandemic causing an explosion in contactless payment options.

A report from Financial Times says that Apple could leverage Apple Pay to make it earn even more than the App Store in the future.

Apple's head of Apple Pay, Jennifer Bailey, said that contactless payments have gone from "being a convenience to a matter of public health." Estimates from analyst group Loup Ventures show Apple Pay is used by at least 507 million people, up from 67 million in 2016.

Apple takes an estimated 0.15% fee per transaction, and analysts estimate that it would facilitate one in ten transactions worldwide by 2025.

Apple's stance on the matter is clear--the company believes if it opens up its NFC chip to other payment options it exposes users to security risks. Apple is also not the dominant mobile platform around the world, nor is its payment system. China is one of Apple's biggest markets, yet most of the people rely on WeChat Pay and Alipay.
«123»