AppleInsider
Posted: January 2, 2021 1:21PM
in Mac Software edited January 2021
The developer behind the macOS app Amphetamine was warned by Apple that the app was going to be purged from Mac App Store for violating one of the App Store Guidelines due to its name -- but Apple reversed its course after the developer appealed the matter. 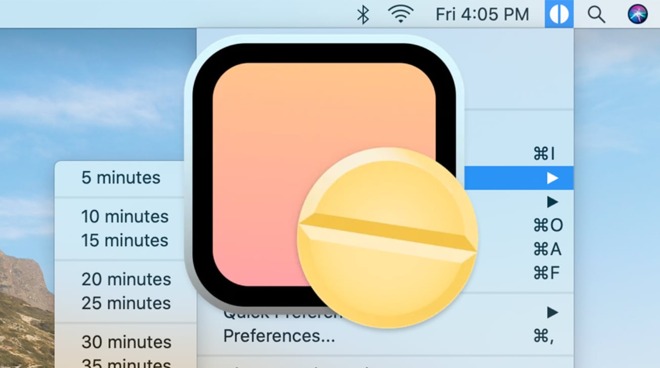 Dating back to 2014, Amphetamine is an app that is used to keep a Mac awake, preventing macOS from going to sleep. So far, it has been offered on the Mac App Store for six years, but it seems that Apple itself may be preparing to remove it from view entirely, due to its branding.

Posted on Friday to Github, William Gustafson claims an Apple representative got in contact on December 29th, with the threat of removing the app from the Mac App Store. Apple deemed the app was in violation of its App Store Guideline, and it would be delisted on January 12 unless changes were made to the app.

The guideline at issue is 1.4.3, stating "Apps that encourage consumption of tobacco or vape products, illegal drugs, or excessive amounts of alcohol are not permitted on the App Store. Apps that encourage minors to consume any of these substances will be rejected. Facilitating the sale of marijuana, tobacco, or controlled substances (except for licensed pharmacies) isn't allowed."

To avoid being in violation, Gustafson would have to effectively rebrand Amphetamine completely, an action that would make it harder for existing users to keep track of the app for future updates. It would also eliminate any benefits from its existing brand awareness, as that would not carry over to the new app's title.

The timing of the demand for a rebrand is curious, as the app has been in the Mac App Store without issue for six years, and has achieved over 432,800 downloads and a 4.8 out of 5 rating in the US Mac App Store from over 1,400 reviews. Apple itself has even promoted the app in a Mac App Store Story.

Gustafson believes Amphetamine is not in violation of the guidelines. "It is also my belief that there are a lot of people out there who feel the same way as me, and want to see Amphetamine.app continue to flourish without a complete re-branding," the developer writes.

"How is it that, in all of the interactions I have had with Apple employees (hundreds? dozens?) over the last 6 years with regard to Amphetamine, not a single one of them has been offended by Amphetamine's name or icon?" asks Gustafson. "Why is the name and icon offensive or dangerous today, but not last week?"

Gustafson also mentions how Amphetamine's updates have been rejected in the past, but more for technical reasons than for the brand, such as "Preview" screen shot rejections or an objection to a default app behavior in the user interface.

"It is apparent that Apple is indeed paying attention when reviewing apps, and not just blindly approving apps without a real review," he adds. "Not once has Amphetamine's name or icon been called into question despite 41 app updates/submissions to Apple for review."

An appeal to the Guidelines violation accusation has been filed with Apple, but Gustafson doesn't have "much faith in Apple reversing course" based on the appeal on its own. If Apple maintains its decision, Gustafson says he will either work on a rebranded version of the app to get back into the Mac App Store as soon as possible, or to keep raising awareness "of Apple's actions" and wait for Apple to change its mind.

Later on January 2, Gustafson was contacted by an Apple representative about his appeal, which was accepted. The app will remain available to download in the Mac App Store without changes.

Thanking followers of the app, Gustafson tweeted "We may not all agree, but I am happy we all still have the freedom to express ourselves today."

Just got off a call with @Apple. Appeal accepted and Amphetamine will remain on the @AppStore. Thank you all for your comments, opinions, and action. We may not all agree, but I am happy we all still have the freedom to express ourselves today. pic.twitter.com/PV7eB9aUfn