AppleInsider
Posted: January 5, 2021 6:42PM
in iPhone edited January 2021
The iPhone 12 was the highest-selling iPhone of the current generation in the two months after launch, according to a new survey -- but the iPhone 12 mini is falling behind. 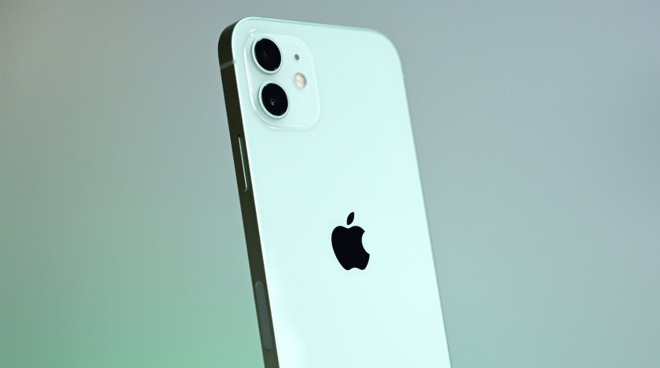 In its annual breakdown of iPhone sales, CIRP analysts claim the current generation of iPhones are selling proportionately better after launch than the iPhone 11 range did in its first month of sales. New iPhone models like the iPhone 12 Pro accounted for 76% of iPhone sales in the United States in the October and November after launch, compared to the 69% share the 2019 releases managed in September 2019.

Of the four new models, the iPhone 12 performed the best with a 27% share of US iPhone sales over the period, with the iPhone 12 Pro, and iPhone 12 Pro Max being relatively close in proportion. This fairly even distribution of sales between the three models, as well as Apple producing four models instead of three for 2020, means the highest proportional percentage isn't as great as what was observed for the previous generation.

The exception to the roster is the iPhone 12 mini, which "seems to have been lost among the other models," according to CIRP partner and co-founder Josh Lowitz. "Apple not only launched a wider range of new models than ever before, it also divided that launch into two pairs of models, so comparison to earlier launches is tricky."

The iPhone 12 mini only secured 6% of US iPhone sales in the period, despite having a smaller form factor and lower price. According to CIRP, its share is only slightly higher than the iPhone XR, the iPhone 11, and the second-generation iPhone SE, which are all sold at a slightly lower price than the mini.

"It seems that its higher price point compared to those three models limited the iPhone 12 mini appeal," CIRP offers.

The data is based on a survey of 243 US Apple customers who bought an iPhone in the four weeks following the launch of the iPhone Pro Max and iPhone 12 mini. By opting to analyze a survey rather than sales figures, the results could be viewed with some skepticism, both due to the accuracy of answers from participants, and from the relatively small number of people surveyed. There is some support for the premise from other sources, however.

While the iPhone 12 mini initially seemed to be driving stronger demand for iPhones, other analysts have suggested it is the weakest of the range. TF Securities' Ming-Chi Kuo saw lower than expected demand for the model in November, while UBS saw stable supply and demand for it in December, something it took as a sign of softer overall demand.

JP Morgan saw a moderate increase in lead time for the mini in December, though well below the Pro counterparts, again indicating weaker demand.
«12»