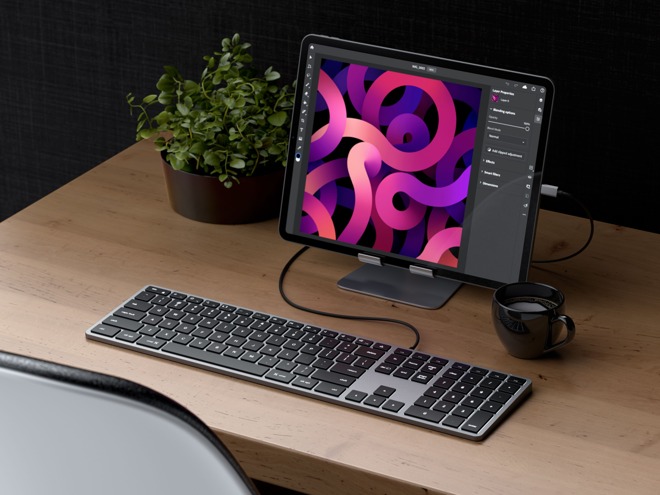 Among the new releases are the Slim X1 and Slim X3 keyboards. These new aluminum keyboards come in both wired and Bluetooth wireless flavors to complement your workflow. These two keyboards are very similar to one another with the biggest difference being the lack of numberpad on the X1.

All wired and wireless versions of these keyboards sport a full row of function keys for Apple functions including volume, spotlight, media controls, and keyboard backlight brightness. The wired models have integrated USB-C cables and the wireless versions have USB-C ports for charging. 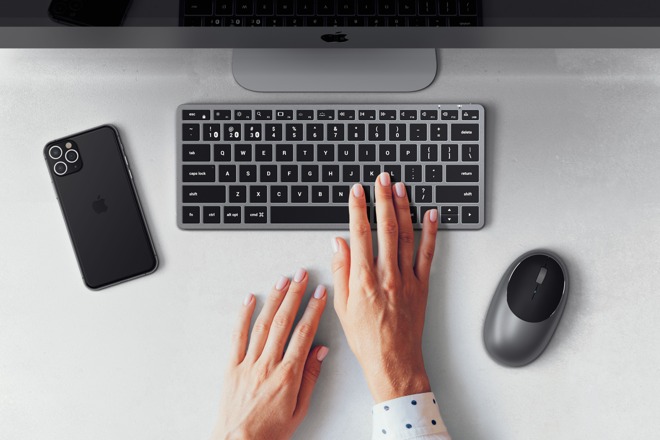 Both Bluetooth versions of the Slim X1 and Slim X3 include multi-device support where users can jump between up to three devices with the press of a key. Go between your desktop, MacBook, and iPad with ease.

The compact X1 is perfect for a smaller desk while working from home or when working on the go with your iPad. 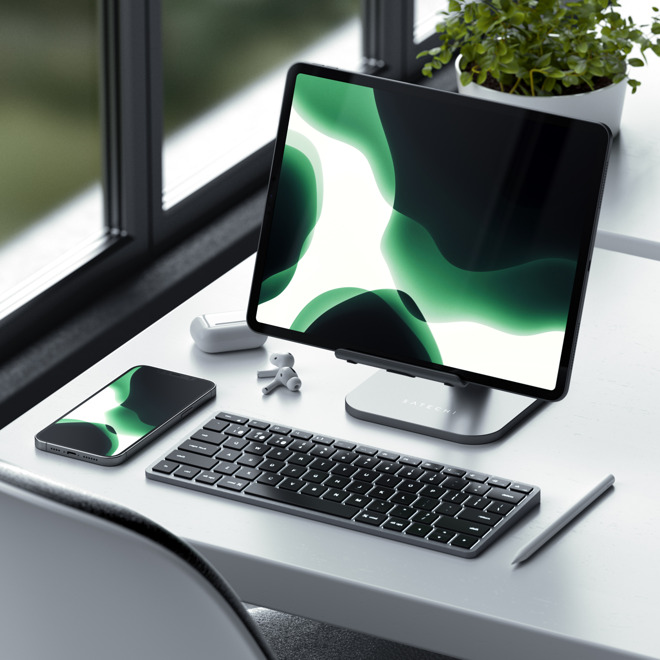 Alongside the keyboards, Satechi is also updating its aluminum iPad stand. This new model features a streamlined new design. It has hinges with wide viewing angles and can fold entirely flat for travel. It is similar to the Apple-exclusive model that recently launched.

Save 20% on Satechi accessories

Satechi's new accessories are 20% off for a limited time when ordered directly with coupon code WFH20.