AppleInsider
Posted: January 13, 2021 2:41AM
in Current Mac Hardware edited January 12
AMD CEO Dr. Lisa Su sat down with journalists in a Q&A session following a keynote address at CES 2021 on Tuesday, fielding a variety of questions including a request to comment on Apple's first foray into the desktop processor space. 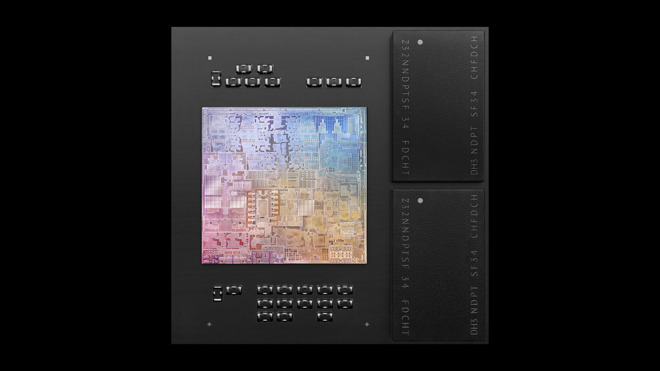 Speaking to press via conference call, Su addressed a range of questions regarding AMD's upcoming plans, the x86 platform and new developments in a highly competitive semiconductor market.

Dr. Ian Cutress of AnandTech focused on the emergence of ARM processor designs. According to Cutress, ARM models are expected to greatly boost compute performance in the coming years and could begin to encroach on territory long held by x86 makers like AMD and Intel. ARM silicon is typically used in specialized deployments like servers, but the chip designs are now starting to show up in consumer products.

Apple, for example, introduced the M1 chip in its late-2020 13-inch MacBook Pro, MacBook Air and Mac mini models. The tech giant plans its entire lineup of Mac computers to run on custom ARM chips within two years. That presents an immediate loss in revenue for current CPU partner Intel, but also creates headwinds for the wider x86 market.

Su was asked how the M1 will impact AMD's relationship with Apple.

"The M1 is more about how much processing and innovation there is in the market. This is an opportunity to innovate more, both in hardware and software, and it goes beyond the ISA," Su said. "From our standpoint, there is still innovation in the PC space - we have lots of choices and people can use the same processors in a lot of different environments. We expect to see more specialization as we go forward over the next couple of years, and it enables more differentiation. But Apple continues to work with us as their graphics partner, and we work with them."

Apple relies on AMD's Radeon graphics cards to power high-end devices like MacBook Pro, iMac and Mac Pro, but that could change with a shift to in-house solutions. M1 Macs integrate Tile Based Deferred Rendering (TBDR) graphics cores on a system-on-chip design similar to the A-series processors used in iPhone and iPad.

While Apple is content to stick with integrated graphics for the initial wave of M1 Macs, it is possible that the company is working toward a dedicated GPU to better serve high-performance machines.

Apple's transition to ARM appears to be applying pressure to industry incumbents. On Monday, Intel detailed its forthcoming Alder Lake chip series, which seemingly takes a page out of the Apple Silicon strategy book by stretching use cases from mobile to desktop.