AppleInsider
Posted: January 20, 2021 12:22PM
in General Discussion
Industry sources claim that more companies are developing devices with, or uses for, UWB (Ultra-Wideband), following the popularity of it in Apple's iPhone 12 range and other devices. 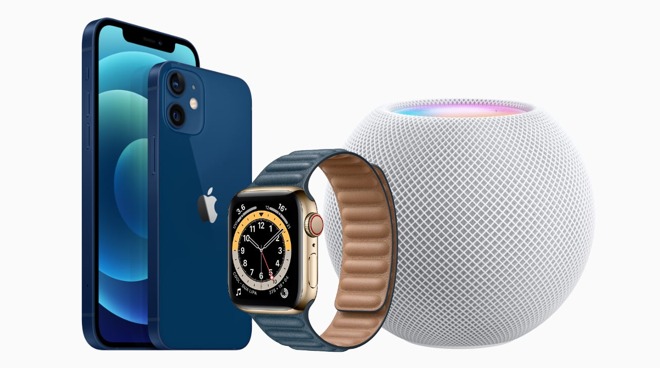 Apple's U1 chip is included in the iPhone 12 and Pro ranges, the Apple Watch Series 6, and the HomePod mini.

As Apple continues to add Ultra-Wideband processors to most -- but not all -- of its devices, now other firms are reportedly following suit.

Following previous reports that Tile is to introduce UWB tracking to its tags, now Digitimes claims that the technology is being increasingly widely adopted.

Citing unnamed sources within the industry, Digitimes claims that, "other China-based smartphone vendors including Oppo and Vivo are expected to adopt UWB technology for their flagship models."

As well as the iPhone 12 range, Apple has included UWB in the HomePod mini, and in 2020 introduced it to the Apple Watch Series 6. Apple is also in discussion with car manufacturers such as BMW over an updated version of its CarKey technology that will use UWB.

"Apple seems to be uninterested in joining UWB Alliance or FiRa (fine ranging) Consortium," it reports, "[It] prefers Car Connectivity Consortium in which it is expected to promote addition of UWB technology to digital car keys."

Digitimes has a poor reputation for drawing conclusions about Apple products from its sources. It has a much stronger one for reports surrounding Apple's supply chain.

Ultra Wideband is for short-range, highly accurate location tracking. One UWB device is typically able to assess the distance, and the relative location, of another such device. It's most immediately use is with tracking applications such as Find My, but Apple is also using it to enable the handoff of music or other audio from one device to another.