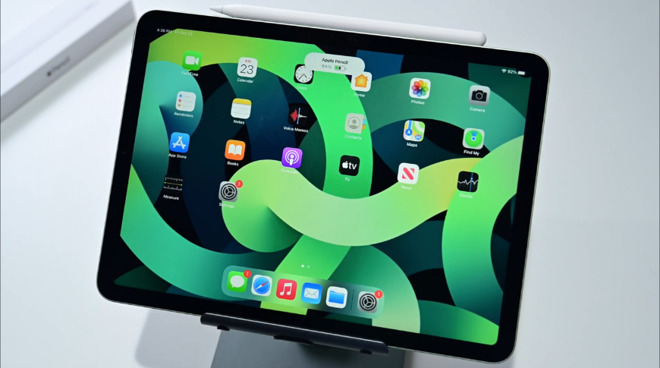 Apple spent 2020 refining its iPad lineup with hardware revisions across each model and improvements to iPadOS. After bringing desktop Safari and a mouse cursor to the OS users were able to perform more work from the tablet.

Those improvements and the move to work and school from home drove the iPad to new heights. Apple CEO Tim Cook commented on the state of the iPad during the quarterly earnings call, calling demand "very strong." He later commented that some customers are using the device as a laptop replacement, others as a desktop companion.

Apple CFO Luca Maestri offered some additional color to iPad sales. He said the iPad set an all-time record in Japan during the quarter. Further, 451 Research found a 94% customer satisfaction rate for the product. Finally, he noted that more than half of customers buying Mac and iPad are new to the platform.

Apple updated the iPad Pro with LiDAR in the spring and released the Magic Keyboard with a trackpad. Then later in 2020 the company updated the iPad Air with the A14 processor, pro-like design, and Touch ID in the top button. Even the cheap 10.2-inch iPad was updated with a new processor.

Apple announced its record-breaking quarterly results on Wednesday with $111.4 billion in revenue. Each major category saw double digit growth in the holiday quarter.