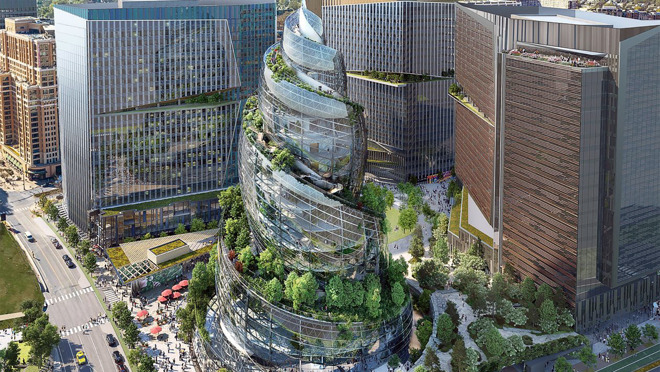 The newly announced tower, known as the Helix, will reportedly be the campus' marquee attraction. Stretching 350 feet in the air, it will have "two spiraling outdoor walkways with trees and plants from Virginia that twist to the building's top." The company sees the tower and surrounding woodlands as urban hiking grounds for employees.

The company's secondary headquarters in Arlington, VA, will also have three 22-story office buildings, an outdoor amphitheater, woodlands, and smaller retail buildings. It will add bicycle parking and a dog run as well.

That Amazon is even going ahead with the project speaks volumes. Many companies plan to let staff work from home even after the COVID-19 vaccine reaches more of the population and life slowly returns to normal. However, the firm expects some employees to continue working remotely, visiting the office only occasionally.

Amazon expects to break ground on its HQ2 in early 2022. The company plans to wrap up work on the first buildings in 2025. 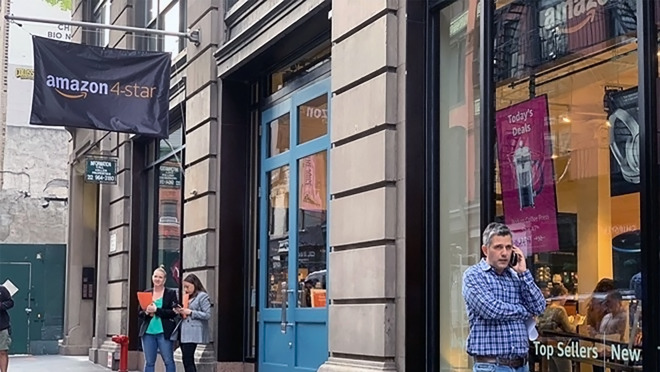 Amazon had initially planned on a Queens, N.Y., campus alongside the Arlington one

The company chose Arlington and Queens, NY, for its secondary campus after a highly publicized 2018 search with U.S. cities making public pitches to the online giant. Amazon later pulled the plug on the Queens campus after facing a backlash over publicly subsidized bonuses.

Amazon is taking an eco-friendly approach to the Arlington campus. It's designing the buildings to receive energy from a nearby Virginia solar farm.

Apple Park, which opened in 2017, was the first tech campus to intertwine outdoor and indoor collaborative spaces. Steve Jobs had envisioned the "spaceship" campus as more creative nature refuge than traditional office space.