AppleInsider
Posted: February 10, 2021 10:57PM
in General Discussion
Apple could be the biggest competitive risk that Tesla could face in the near term, Loup Ventures' Gene Munster said in a recent interview about "Apple Car" rumors. 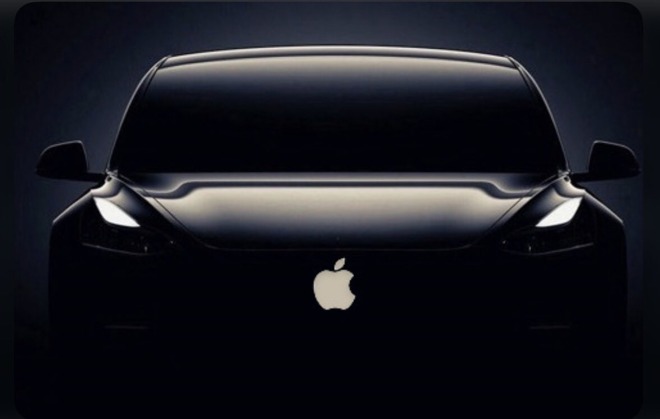 In a conversation with CNET's Brian Cooley, Munster said that "it's very clear Apple has ambitions to build a car." Munster, a co-founder and partner at Loup Ventures, said that this intention wasn't clear six months ago.

Despite that, Munster said, he believes that both companies can coexist in a future auto market. Both Apple and Tesla have the potential to seriously hurt existing automakers, and Munster thinks the "next wave" of transportation will come from the technology industry. "That means Apple is going to be a competitor to Tesla, that means Tesla needs to figure this out," Munster said.

The Loup Ventures partner predicts that, a decade from now, Tesla could have 25% of the global electric vehicle market share. Apple, he adds, could have 5%, 10%, or 15% of the market.

Munster also played down speculation that Tesla and Apple could ever merge, claiming that both companies are too unrelenting when it comes to control of their own products.

As far as why Apple would want to enter the vehicle industry, the analyst says that it's the addressable market. "It's orders of magnitude larger than anything Apple's gone after before. What keeps tech companies awake at night is growth," he said.

And despite the fact that previous talks between Apple and automaker partners have reportedly fizzled out, Munster believes that isn't going to change the Cupertino tech giant's mind on the matter.

"We don't have a signed deal with any automaker, but that does not change this direction that Apple is going," Munster said.
«123»