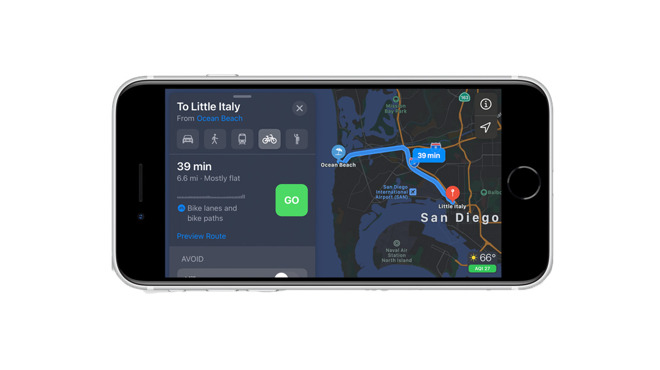 Although the company has yet to update its availability list, users in San Diego and Portland recently began receiving notifications that cycling directions were available.

Earlier in February, Apple also expanded its "Look Around" feature in Apple Maps to the San Diego and Portland metropolitan areas.