AppleInsider
Posted: February 26, 2021 4:14PM
in General Discussion
A woman in China was disappointed when she opened a package to find that her new iPhone 12 Pro Max had been swapped with an apple-flavored yogurt drink. 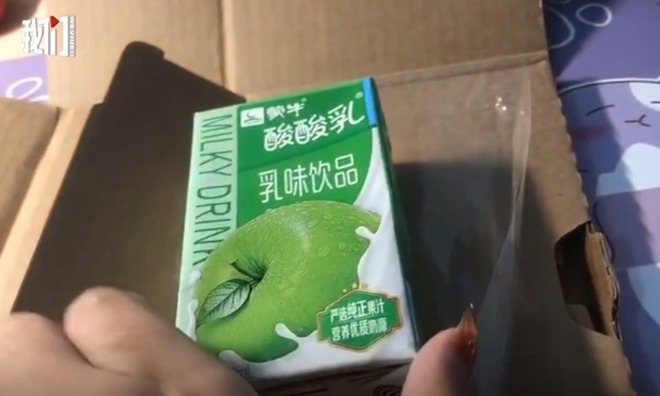 Image Credit: Liu, We Video, as screenshot by Global Times

In a video uploaded to Weibo on Friday, the woman, named Liu, explained that she spent over $1,500 to buy a new iPhone on Apple's official website. When she later opened the package, someone had switched the contents with a food item instead.

Liu did not receive the package directly from her courier, but rather from a parcel locker in her residential community.

Local police had deemed the swap to be a case of theft, though no one is sure where along the line the switch occurred. Both Apple and Express Mail Service -- the company that delivered Liu's package -- are currently launching an investigation.

An EMS customer service staffer told Global Times on Friday that the incident is still under investigation. "We have appointed colleagues to specially deal with it," she said. According to Global Times, Apple gave a similar response, saying the investigation is still ongoing.

Users on Weibo chimed in to muse about who may have committed the theft, with accusations directed at the courier company, Apple warehouse employees, or even suggesting that Liu may have purchased from a copycat website imitating Apple.

Apple products, and especially high-value iPhones, are often subject of such theft, but usually not from individuals. Recently, five men were caught on security footage stealing $12,000 worth of Apple products, which appeared to be display items, from a Best Buy location in Dover, Delaware, in early December.