Lawmakers remain conflicted about what to do about Section 230

AppleInsider
Posted: March 26, 2021 2:37PM
in General Discussion
The CEOs of Facebook, Google, and Twitter squared off with lawmakers Thursday in a hearing focused on Section 230 of the Communications Decency Act. 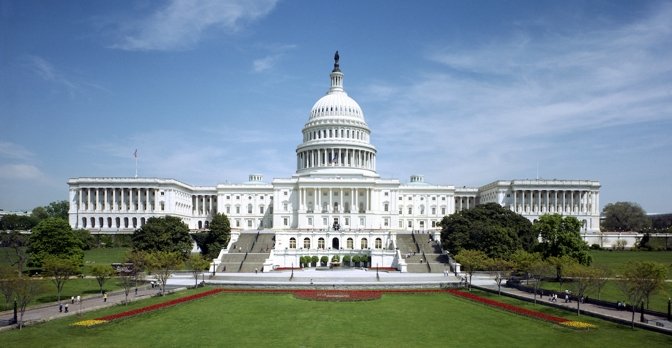 Although Zuckerberg, Pichai, and Dorsey are no strangers to testifying to lawmakers, the hearing marked the first time the three appeared before Congress since the Jan. 6 storming of the U.S. Capitol and the coronavirus vaccine rollout.

In his opening remarks, Zuckerberg shifted blame from Facebook for fomenting the January Capitol riots. Instead, he attributed the unrest to President Trump and a "political and media environment that drives Americans apart."

Lawmakers appeared eager to hold the technology companies accountable. The focus appears to be reforms to Section 230 of the Communications Decency Act, even if there was no consensus on how to reform the act.

The legislative focus of the hearing was Section 230, a portion of the Communications Decency Act that shields online platforms from liability for the content that their users posts and allows them broad freedom to moderate content. It has become a key target for reform from both Republicans and Democrats, though for different reasons.

Republicans grilled the tech CEOs about the alleged censorship of conservative voices on the platform. Democratic lawmakers were more concerned about the proliferation of misinformation, both about the COVID-19 vaccines and the 2020 election.

One prominent theme among Republican arguments to Section 230 was protecting children. In her opening remarks, Rep. Cathy McMorris Rodgers said she was concerned about the safety and mental health implications of social media.

"I have two daughters and a son with a disability. Let me be clear," she said. "I do not want you defining what is true for them. I do not want their future manipulated by your algorithms."

In their written statements, each tech CEO defended their platform in different ways. Zuckerberg said he welcomed Section 230 reforms that increased transparency and focused on implementing systems to moderate unlawful content. Pichai didn't offer solutions, but said he was concerned about whether Section 230 updates could backfire. Dorsey said that mandating internet platforms to behave the same way "reduces innovation and individual choice."

A memo from House committee members didn't seem appeased by arguments from the three executives. It cited research that indicated misinformation and extremism are still rampant on the platforms.

Potential reforms to Section 230 have come from several places, including Congress and the Justice Department. One bill, unveiled in February, could strip protections from platforms if they are monetized and harmful content is identified. Another bill from late 2020 focused on curbing alleged censorship.

Although some of the tech CEOs appeared to welcome reform, others in the technology industry are concerned. Back in December, a group of online heavyweights released a statement defending Section 230, saying they rely on the legal shield to "make their platforms safe for users and support free expression."

Lawmakers still appeared divided about what how to reform Section 230. By the end of the hearing, it was unclear whether they were any closer to legislative updates.

The entire discussion was colored by a clear lack of lawmaker understanding about the internet landscape. One lawmaker, for example, seemingly thought that Facebook owned YouTube, and questioned Zuckerberg about his family's use of the video sharing platform.

However, the fact that change is coming was made clear. At the start of the hearing, Rep. Jan Schakowsky said that "self-regulation has come to the end of its road."
«12»