AppleInsider
Posted: March 27, 2021 9:46PM
in iPod + iTunes + AppleTV edited March 27
Apple has released a promo featuring actors who play testers in "Mythic Quest" on Apple TV+, reminding viewers the first season is available to watch ahead of the second season's debut on May 7. 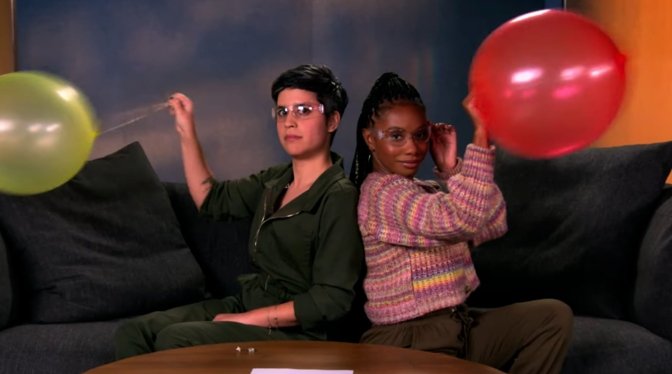 Released to the Apple TV YouTube channel on Saturday, the two-and-a-half minute "Testers Testing Things" video features actors Ashly Burch and Imani Hakim, who stared as video game testers in "Mythic Quest." As part of the video, the two take part in a number of tests, to try out traditional games and toys.

Donning safety glasses, the pair test each of the toys for more than just fun. The first item tested, a paddle ball, is tested for bounciness and "self-defense." Other tested games include the yo-yo, juggling, cup stacking, the punch balloon, and paper football. 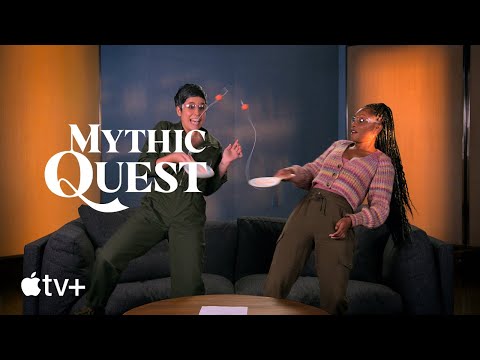 Throughout the video, clips from the show are played, partly in reaction to on-screen discussions and statements. Ultimately, the games "all kinda have some bugs in them," and weren't as "fun" as the first season of the show.

Apple will be bringing out a second season of the show on May 7. A trailer released in February hinted guest stars appearing in the show, including Snoop Dogg, as well as a storyline about the difficult development of an expansion for the game.

The second season follows a lengthy production delay caused by COVID-19 outbreaks. A special episode was also shot as a mid-break extra, one that was written, filmed, and edited entirely on iPhones.