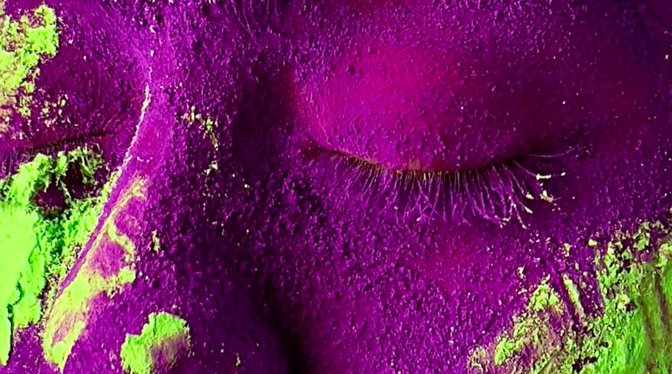 Published on Saturday night to Instagram, the set of eight photographs are close-up shots of people's faces, cropped closely to highlight a section of skin or to focus on one facial feature. All of the subjects of the images are covered in Holi powder, a colorful substance that is heavily used in the celebrations.

"I never imagined Holi as a form of art," said photographer Dhruvin S. "It's almost like creating a canvas on a face. And you don't have to be a painter or an artist to do this."

The images are part of Apple's long-running "Shot on iPhone" marketing program, where photographs and videos are produced using devices like the iPhone 12 or iPhone 12 Pro.

The Holi festival, also known as the "festival of love" and the "festival of colors," takes pace from March 28 until March 29. Typically used as a time for people to meet others and to forgive and forget, celebrations are known to involve the throwing of colored powder and dye-filled water balloons, as part of parades and other festivities.

This is not the first time Apple has used the festival to showcase the imaging capabilities of its devices. In 2018, the company shared images of people covered with the dust, all taken on iPhones.