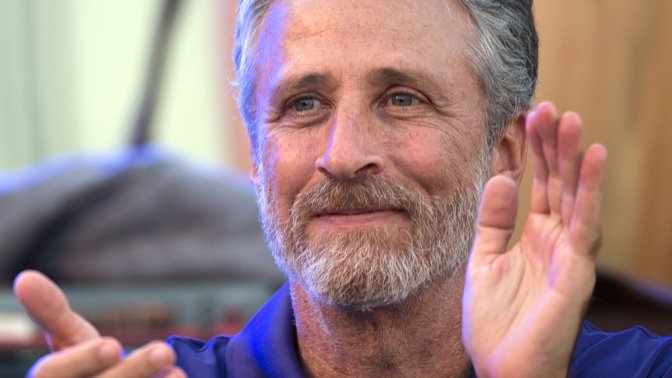 Following Jon Stewart's signing with Apple TV+, and his hiring staff for the project, Apple has now revealed details about his show, including its name. "The Problem with Jon Stewart" is a one-hour current affairs series that is set to debut in the fall of 2021.

"'The Problem with Jon Stewart' is a multiple season, one-hour, single-issue series which will explore topics that are currently part of the national conversation and his advocacy work," says Apple in a statement. "Each season of the series will be further explored in a companion podcast to continue the discussion."

Stewart previously won 20 Emmys for his six years at the helm of "The Daily Show" on Comedy Central. Now six years after leaving that series in 2015, he is returning to series television for the first time.

Stewart's Busboy Productions is making the show for Apple TV+. It's the start of what are expected to be several projects for the streaming service, and Apple TV+ has a first-look deal with Busboy for future shows.