AppleInsider
Posted: April 8, 2021 8:56PM
in General Discussion
Samsung has launched a new platform that lets iPhone users test out what it's like to own a Galaxy device from a web browser. 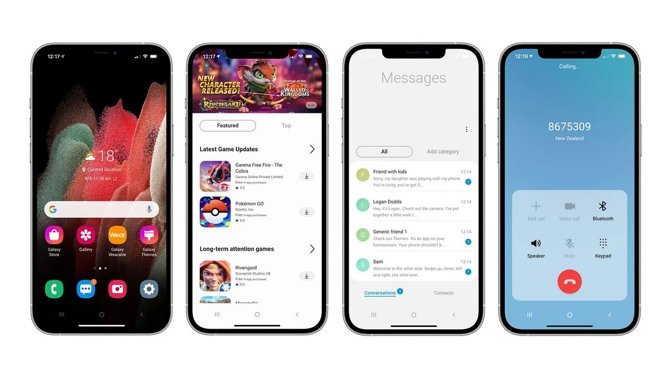 When users visit the "iTest" website, they'll be prompted to add a web application to iPhone's home screen. Once the experience is launched, it provides an interactive simulation of an Android device.

"You're about to get a little taste of Samsung, without changing phones. We can't replicate every function, but you should quickly see that there's nothing daunting about switching to the other side," Samsung said of the feature.

Users are able to browse the Galaxy Store, change the theme of their Android system, and explore other features available on Galaxy devices. During the experience, there are also simulated phone calls and text messages highlighting different Android features.

A report from earlier in 2021 suggested that brand loyalty was increasing for Apple and decreasing among Android brands. If that data is accurate, it could explain why Samsung is attempting to draw iPhone users in with a nifty feature to "sample the other side."

The feature was first spotted by a MacRumors reader, who noted that it's currently being promoted in New Zealand. Despite the .nz url, the experience is available in other countries too.