AppleInsider
Posted: April 27, 2021 1:05PM
in iOS
App developers cannot bribe users into allowing tracking within an app, Apple has warned, with apps prevented from performing a number of actions to try and influence what a user selects in the App Tracking Transparency notification. 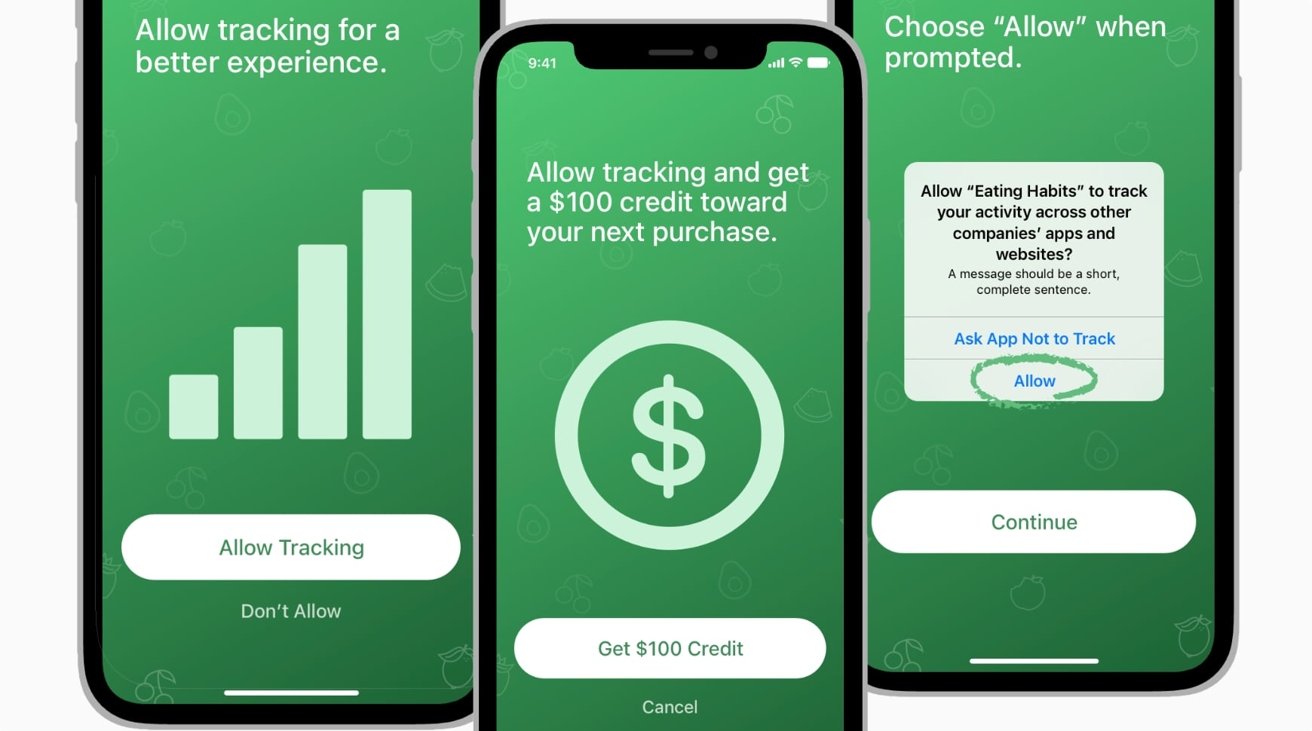 As part of the introduction of App Tracking Transparency, Apple's feature to give users the chance to prevent specific apps from tracking their online activities for advertising purposes, Apple has written guidelines for developers to follow. As part of these guidelines, Apple lists things apps cannot do to convince users into enabling tracking in the ATT notification.

Within the Human Interface Guidelines of Apple's Developer site, specifically under "Accessing User Data," Apple has included a section explaining elements that developers cannot do in tandem with tracking requests. As reported by MacRumors, this includes outright bribery of a user.

"Don't offer incentives for granting the request," writes Apple, with developers unable to "offer people compensation for granting their permission." Developers also cannot "withhold functionality or content or make your app unusable until people allow you to track them."

Developers are also prevented from displaying a pre-alert message mirroring the functionality of the system alert, including the creation of a button that uses "Allow" or similar terminology in a pre-alert screen. It is also forbidden for apps to show an image of the alert itself in a modified form, such as a picture highlighting the "Allow" option.

Apps are allowed to display a pre-alert screen to convince users to allow tracking, but ideally to explain additional details as to why the user should allow it to happen, such as for advertising that matches their interests. The screen also must have only one button to bypass it and bring up the system alert, with that button using terms like "continue" or "next."

All apps submitted to the App Store must have App Tracking Transparency enabled, if applicable, since April 26. Apple has previously warned developers that any apps found trying to circumvent ATT will be rejected from the App Store.