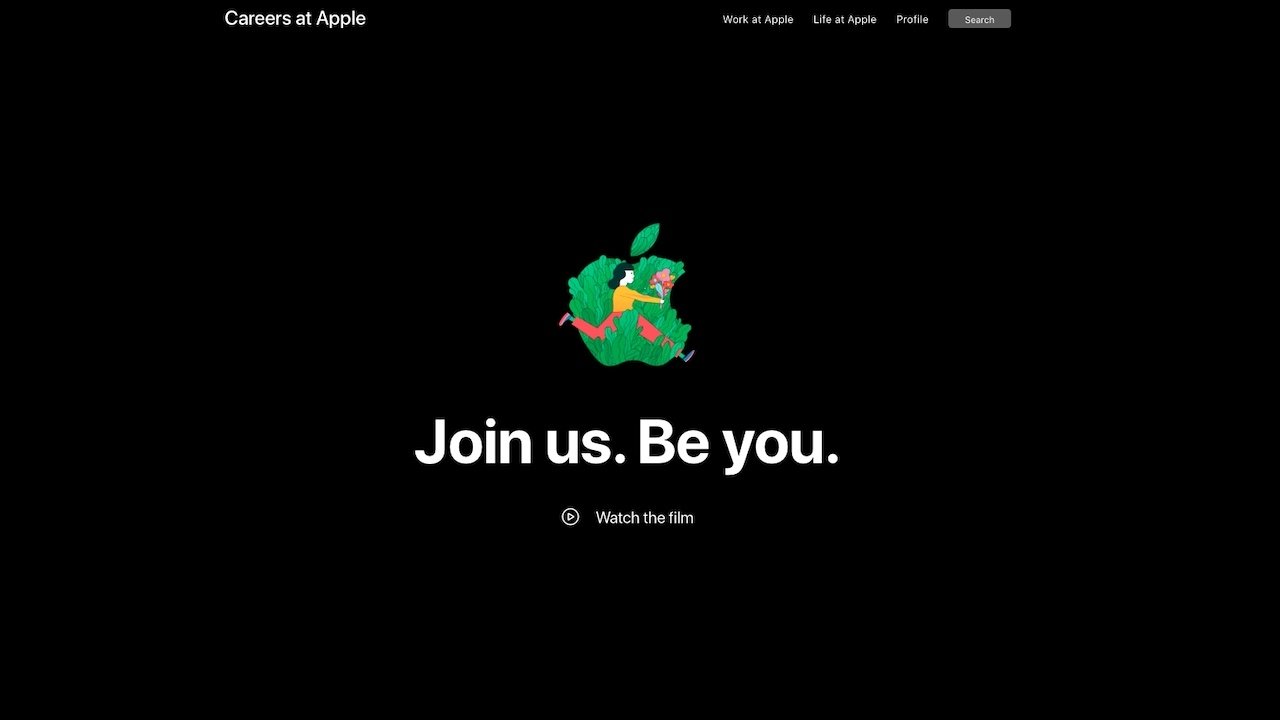 The new "Careers at Apple" webpage, which launched this week, highlights some of the various employees and teams at the Cupertino tech giant. That includes engineer, Apple Retail, and Software and Services.

On the webpage, Apple touts its values: accessibility, education, environment, privacy, and inclusion and diversity, among other. The company says those values are "part of everything built in -- including careers."

Apple also published "Work at Apple" and "Life at Apple" pages with more information about the company's teams, organization, and emphasis on diversity among employees.

For example, the "Work at Apple" page says that Apple is organized by functional specialties instead of business units, which is "rare for a company our size." The "Life at Apple" page proclaims that the company will "welcome you for who you are and who you want to become."

The page also links to current job openings at Apple. As of writing, the company is hiring for more than 600 positions across the globe.

The new "Careers at Apple" page replaces the older "Jobs at Apple" website, which was refreshed back in January.