AppleInsider
Posted: May 6, 2021 2:08AM
in General Discussion edited May 2021
A report by The Washington Post delves into the security and safety functions Apple's new AirTag, concluding the device and its corresponding Find My service are not equipped with proper anti-stalking safeguards. 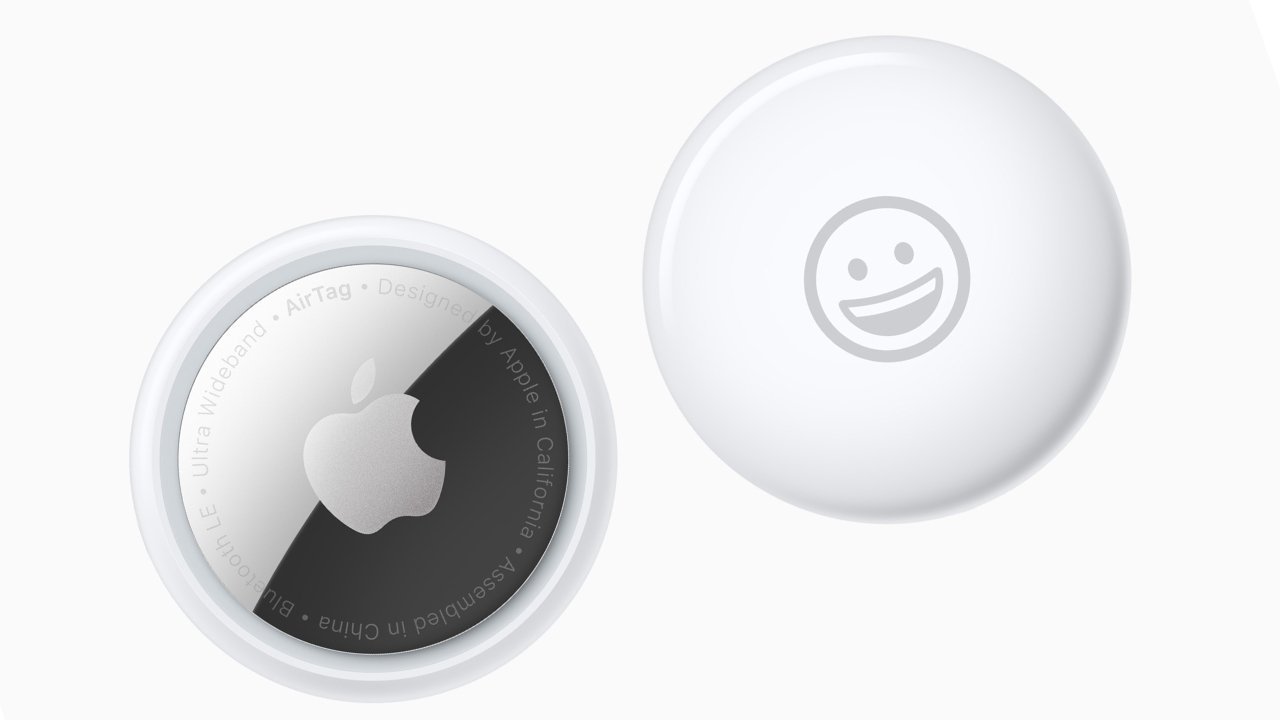 When it debuted AirTag in April, Apple went to great lengths to head off criticism of its tracking device.

During an unveiling event and in subsequent interviews, the company touted protections against stalking, or "unwanted tracking" in Apple parlance, that include iOS notifications and audible AirTag alerts.

A casual study conducted by The Washington Post columnist Geoffrey Fowler asserts Apple's efforts might not be enough to foil harassers, and in fact enables a "new means of inexpensive, effective stalking." He added that existing safeguards "aren't sufficient" to thwart misuse of the diminutive tracker.

Fowler asked a colleague to track him for a week using an AirTag that was placed in his backpack. During a bike ride, the device revealed Fowler's location every few minutes with a resolution of about half a block. When stationary at home, AirTag was able to provide his exact address.

While Fowler was made aware that the unknown device was following his movements -- both through iOS notifications and an audible alert played through AirTag's speaker -- the alerts were not as effective as hoped.

Specifically, Fowler notes the alarm rings after three days and when it does, it plays 15 seconds of "light chirping" measured at 60 decibels from three feet away. As previously detailed by Apple, AirTag outputs an audio signal when it is away from its user for three days. That time span is a problem for some privacy and domestic abuse advocates.

Fowler also takes issue with operating system compatibility. With the Find My network currently limited to iOS, Android users are unable to discover and be alerted to an AirTag that is traveling with them. Coupled with a speaker that can be easily muffled or disabled, AirTag becomes a powerful tool for tracking people who don't own an iPhone. It should be noted that Android devices can read read an AirTag's "Lost Mode" message via NFC.

Locating a foreign AirTag is also made difficult on iOS, Fowler says. An option to force the tracker to play a sound exists, but users are unable to track down the device using the Precision Tracking feature.

Apple's VP of iPhone marketing, Kaiann Drance, addressed a few of Fowler's concerns in an interview, though the information provided failed to build on previous statements.

"These are an industry-first, strong set of proactive deterrents," Drance said. "It's a smart and tunable system, and we can continue improving the logic and timing so that we can improve the set of deterrents."

Fowler asked Drance if Apple consulted domestic abuse experts when it designed AirTag's deterrents, but the executive declined to answer.

"We don't have any more details to share about the process. But of course, we are open to hearing anything from those organizations," Drance said.

Apple is among the first competitors in a fledgling consumer tracker market to offer anti-stalking protections, but as Fowler demonstrated, the solution is not perfect. The company is being pushed to find the sweet spot between powerful finding features and personal privacy -- a difficult needle to thread considering AirTag's raison d'tre.
«1234»