Apple's Find My has a hidden AirTag debug mode

AppleInsider
Posted: May 6, 2021 9:33AM
in Current Mac Hardware edited May 6
When looking for an AirTag, users can call up hidden developer information listing technical details about how tracking is working. 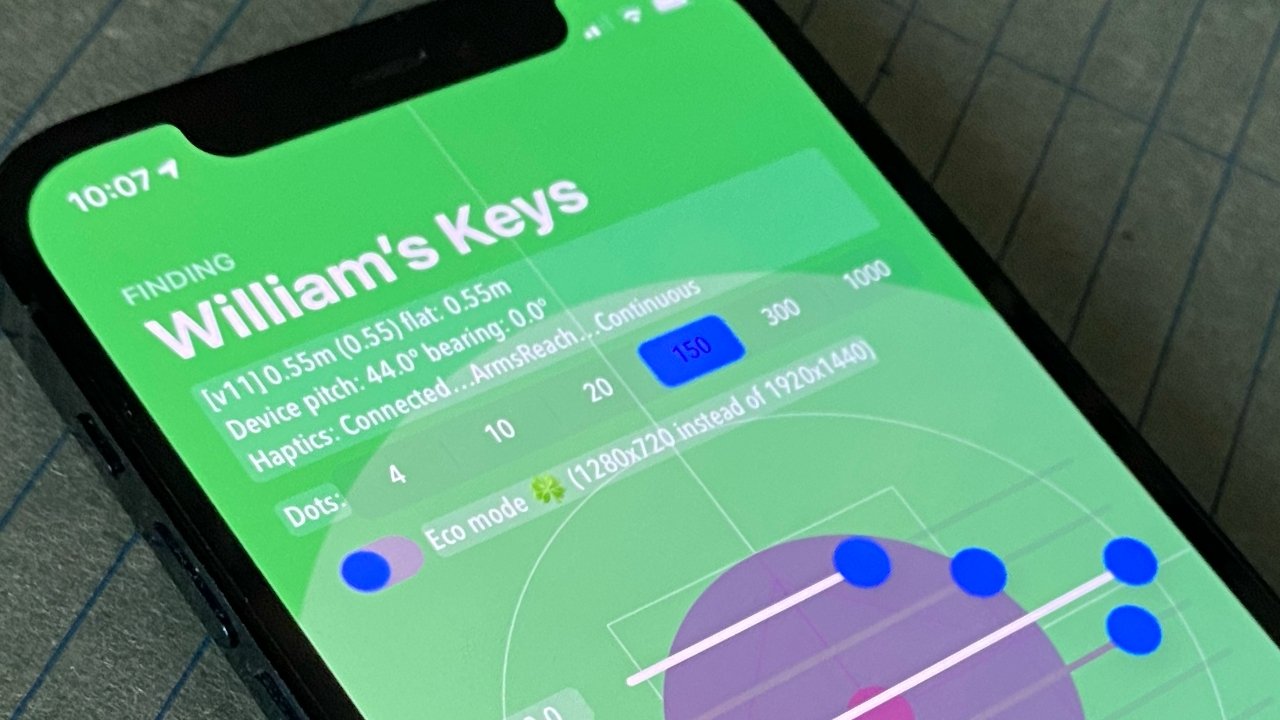 Find My has a hidden AirTag developer mode

It's a curiosity rather than anything immediately useful to most users, but it's possible to get the Find My app to display much more information as it tracks an AirTag. Tapping on the item's name five or so times, at any point during tracking, or even after it's been found, will turn on a kind of developer mode. 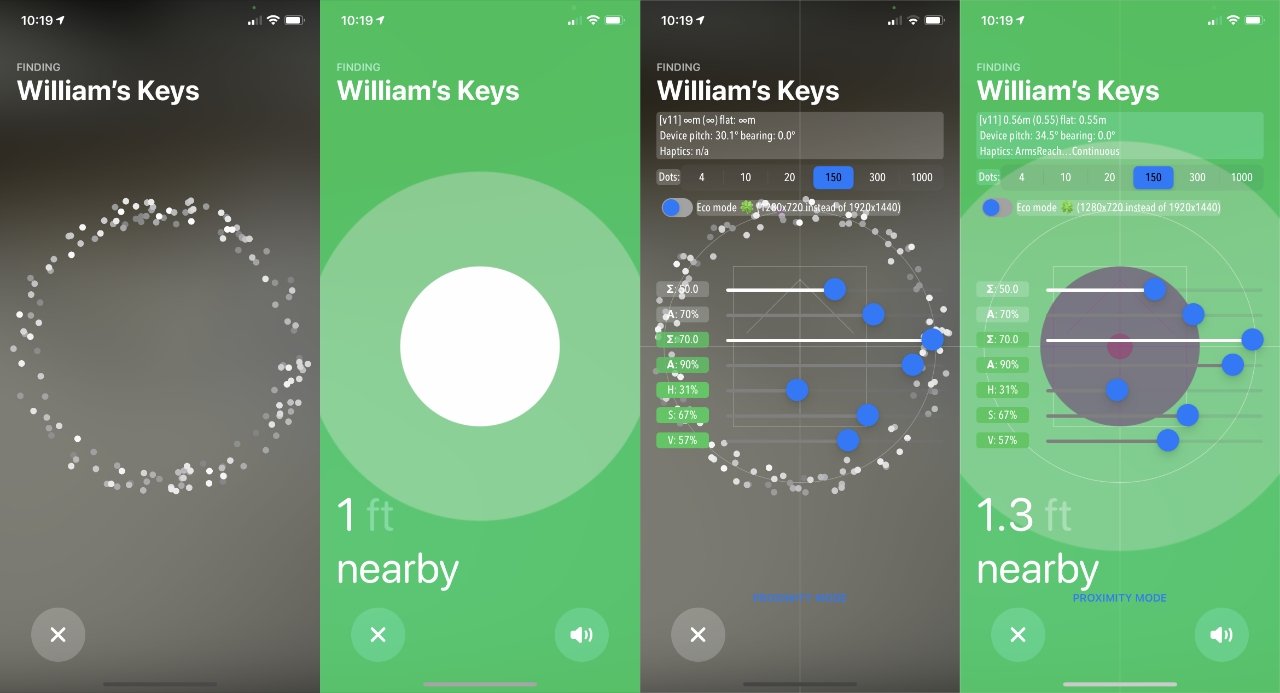 Left: two shots showing the regular way to find an AirTag. Right: the same way but with the hidden mode on

It's not advisable to use the sliders to alter those without knowing what they are, though. This hidden mode persists, it stays on whenever you use Find My to track an AirTag, until you switch it off. So it's likely that changed settings will stay changed.

To switch off this hidden mode, tap on the item name another five or so times and it disappears.

Note that while this is a feature of the Find My app, it is specific to AirTags. There's seemingly no equivalent for any other devices being tracked by the app.