AppleInsider
Posted: May 27, 2021 10:59PM
in iOS edited June 2021
Twitter's rumored "Twitter Blue" subscription service has been unofficially confirmed through what appears to be an errant listing in the iOS App Store. 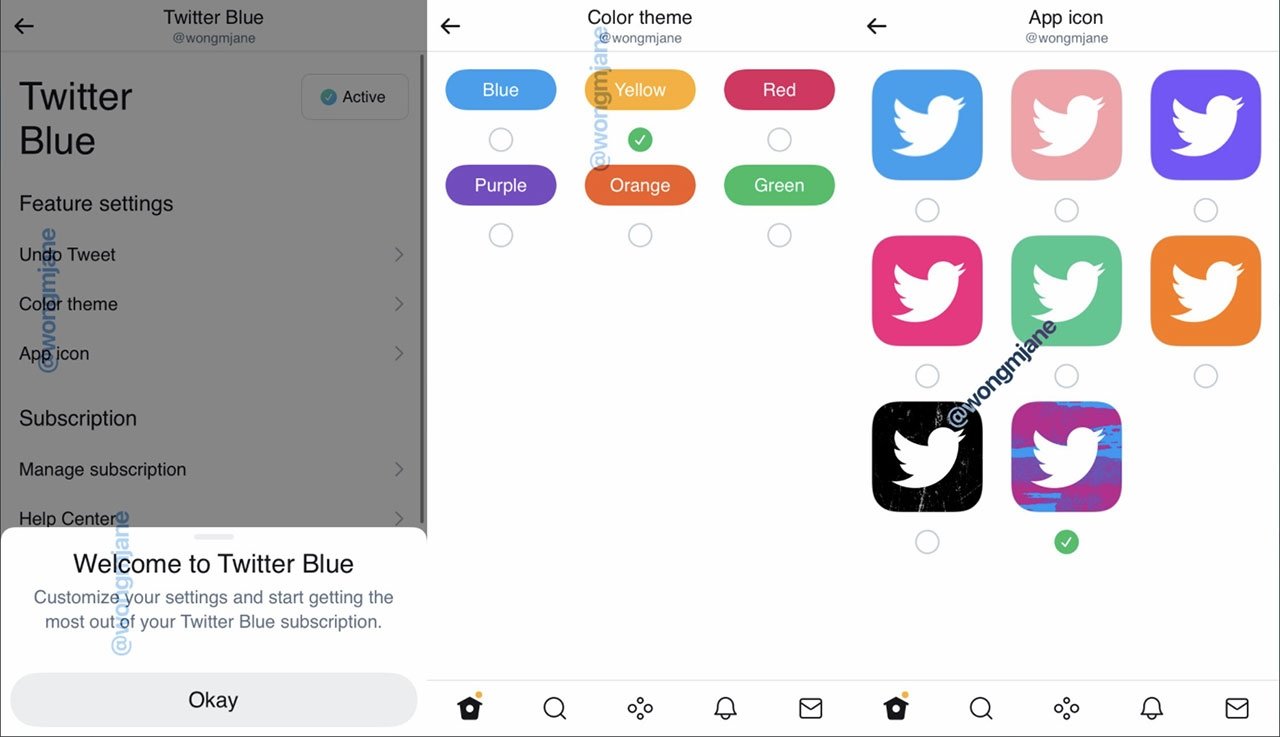 Twitter's App Store listing now includes an in-app purchase for a Twitter Blue tier that costs $2.99 per month. While the option does not appear to be live, researcher Jane Manchun Wong was able to subscribe and shared a bit of information about the service through a tweet Thursday.

According to Wong, Twitter Blue comes with color themes and custom app icons, while a reader mode is listed as coming soon. The latter feature is expected to be a UI tweak that facilitates perusal of longer threads.

Wong previously discovered an "Undo Tweet" option, which is effectively a timer that gives users a chance to cancel publication of a tweet. A new "Collections" feature will reportedly allow users to save and organize tweets for later recall.

It is unclear if "Undo Tweet" and "Collections" are currently active.

When Twitter plans to announce Twitter Blue is not known, though the subscription service seems close to launch.