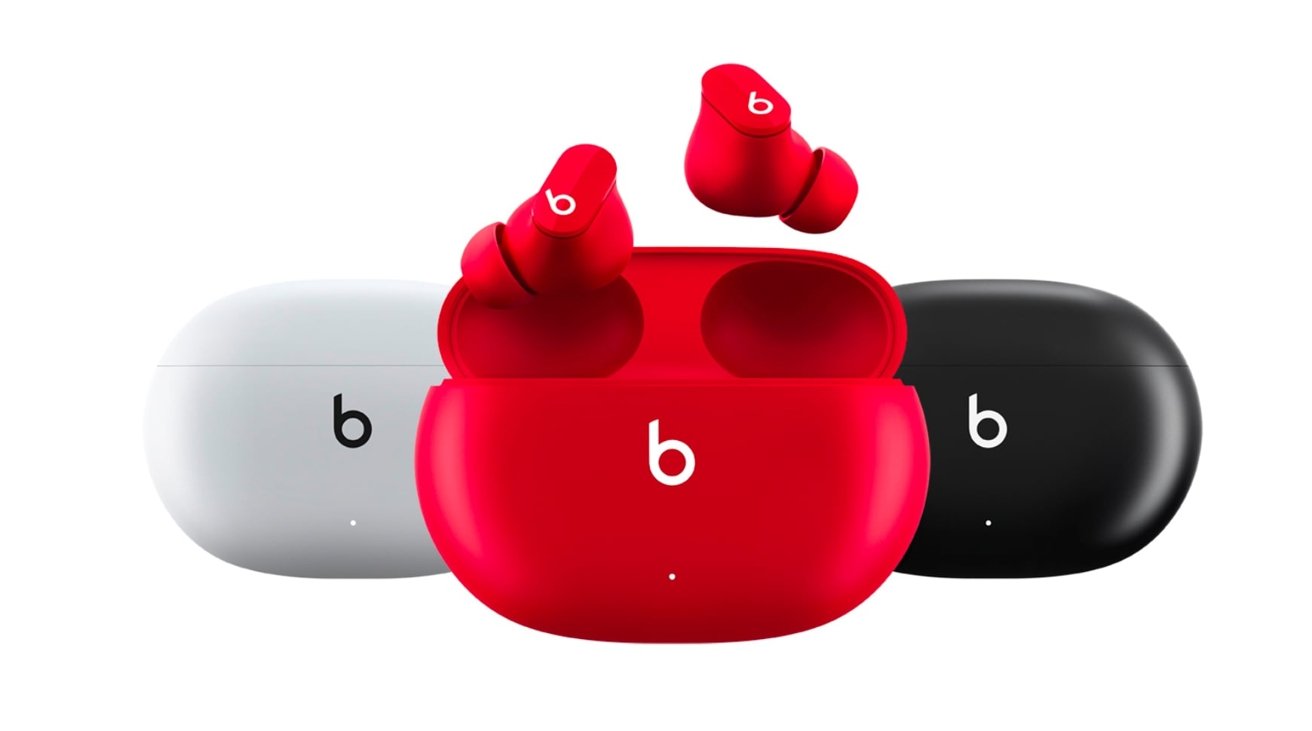 Launched on Monday, the Beats Studio Buds are wireless earbuds that follow after the company's previous attempt, the Beats Powerbeats Pro. However, the new product offers a few small differences from its predecessor that brings it more in line with Apple's AirPods Pro.

The Beats Studio Buds are very small, fitting into the ear canal with a small casing visible by other people. While the Powerbeats Pro used a hook that fit around the ear to secure it in place, the Studio Buds instead rely on the friction of the silicone eartip against the ear canal to stay lodged in the ear.

The earbuds use a proprietary dual-element diaphragm driver inside a two-chamber housing, which Beats claims provides clear sound with outstanding stereo separation. Like the AirPods Pro, the Studio Buds also include Active Noise Cancellation and Transparency, borrowing the technology from its Apple counterpart to allow users to hear environmental sounds.

However, rather than using Apple's H1 or W1 chips, Beats uses its own chip to provide its features. This means there's no automatic switching between Apple devices nor iCloud usage for pairing like with the AirPods Pro.

However, it does include one-touch pairing with both Apple and Android devices. While elements such as built-in controls, battery levels, and firmware updates are built into iOS, Android users will be able to access the same features using the Beats app.

Another thing that Beats is borrowing is the use of a USB-C Charging case, which can provide power to the Studio Buds when they are stowed away. Support for Find My is also available for relocating lost earbuds, using either their last known location or by playing a sound to help in their recovery.

The multi-function "b" button on each of the earbuds can be used to answer and end calls, to manage content playback, and to toggle the ANC and Transparency modes.

Each bud can last for 8 hours of listening with ANC off, 5 hours on between charges, with the case enabling a total of 24 hours of usage with ANC off or 15 with it enabled while on the go. A fast-charging capability is also offered, with an hour of playback provided after a five-minute Fast Fuel charge.

Available from June 24, the Beats Studio Buds will be offered in red, white, and black color options, and will retail for $149.99 at Amazon, Adorama.com and at BHPhotoVideo.com.

Arguably, the Beats Studio Buds are Apple's worst-kept secret in recent history, with it seen in public worn by sports stars Alex Morgan and LeBron James, appearing in a music video and on Best Buy's website before launch, and even being leaked in an iOS beta.