AppleInsider
Posted: July 20, 2021 11:32AM
in Future Apple Hardware
A future iPhone could have an expanding screen, if Apple's research on how to make sliding sections within the smartphone's body support a flexible display pans out. 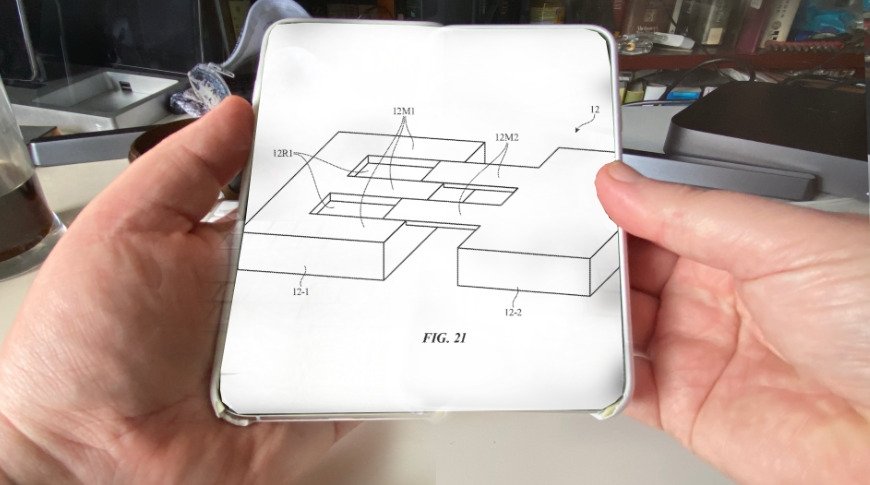 The allure of a super-sized foldable iPhone that packs small has led to many rumors about foldable models. One analyst forecast an 8-inch flexible OLED iPhone could arrive in 2023, while reports from December 2020 pointed to a pair of iPhone designs using foldable components being prototyped and tested by Foxconn.

However, while a foldable smartphone provides extra viewable screen space, the bending element has the chance to cause a seam across the display, weakening it over time.

In a patent granted by the US Patent and Trademark Office on Tuesday titled "Electronic devices having sliding expandable displays," Apple proposes a display design where a flexible display is effectively rolled up inside an enclosure, like a scroll.

The housing includes elements that can slide, lengthening the body of the enclosure at the same time as dragging the display out of its scroll state. The display can be tensioned, such as by using a coil spring, to make sure it is flat and that it rolls back up when the enclosure is slid back to its more compact state.

In effect, the system will potentially allow a smartphone style device to either get longer or wider, increasing the usable screen size to match, depending on how it is set up. When in its compact state, part of the display will still be usable.

While the body can slide down the screen could be pulled out, with a spring providing tension.

The patent discusses different ways to handle sliding motions, including the use of elongated members to keep the two main sections connected together. Elongated members will also be used to provide support to the flexible display as the overall size of the device grows.

These members could be included on one or both sections of the enclosure, giving more flexibility to designers. 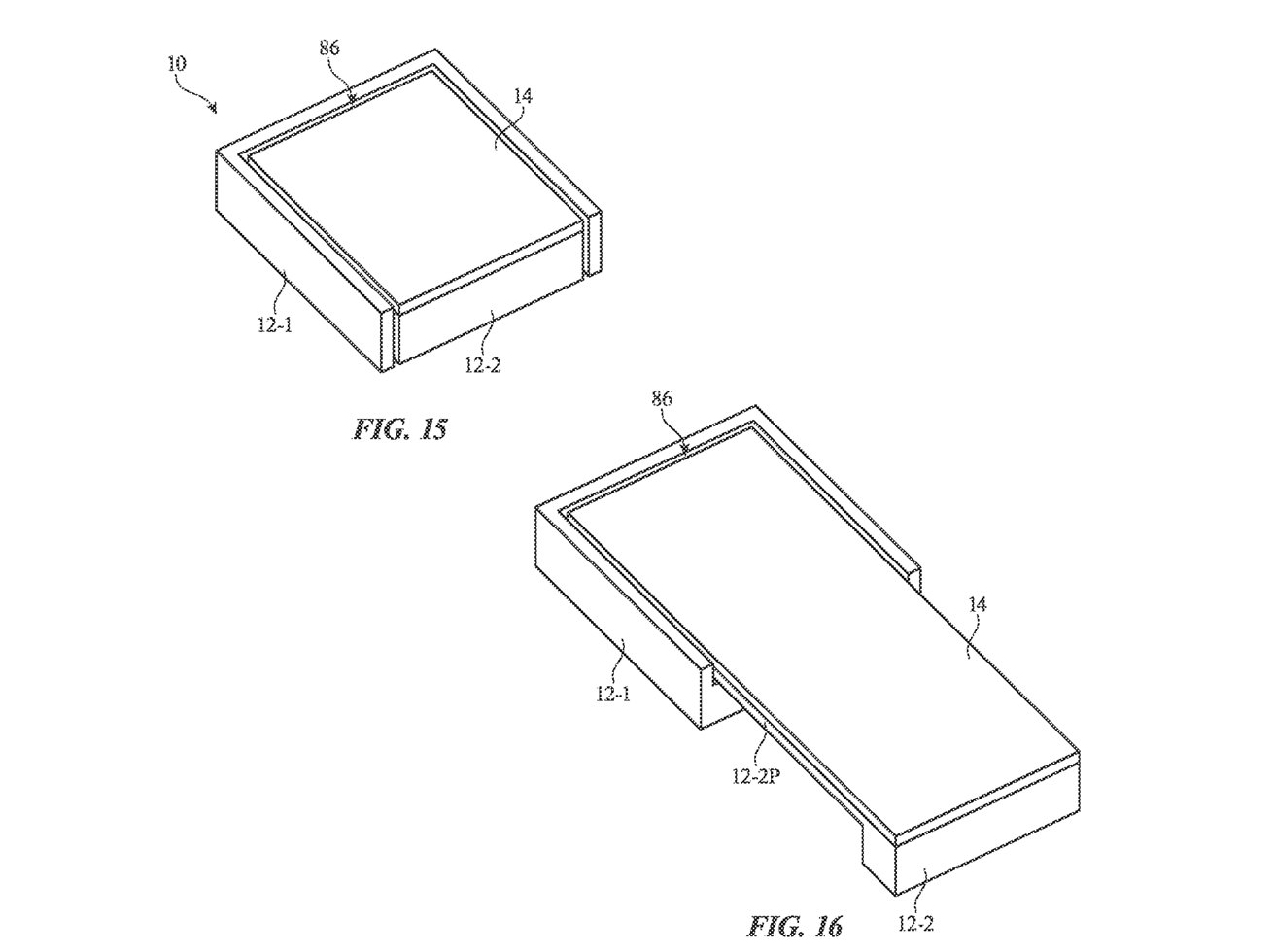 A small-screen device could slide the body down, unfurling a larger display.

The patent lists its inventors ass Michael B. Wittenberg, Owen D. Hale, and Tatsuya Sano. It was originally filed on January 16, 2020, and became known to AppleInsider as an application on October 15, 2020.

Apple files numerous patent applications on a weekly bass, but while the existence of a patent indicates areas of interest for its research and development teams, it doesn't guarantee the idea will appear in a future product or service.

Foldable and flexible displays are still a relatively new concept in smartphone design, with a few models reaching the market, albeit with teething issues. Nevertheless, Apple has been doing research on the subject for its own potential products.

In March 2021, it gained a patent for ways to heat the area of the display that folds the most to minimize the chance of cracking. In December 2020, it considered the use of hinge structures to help support a foldable display, as well as gear systems.

The idea of unusual displays has knocked around Apple for quite a few years, including wrap-around iPhone designs that stem back to 2016, as well as earlier patents about flexible devices.