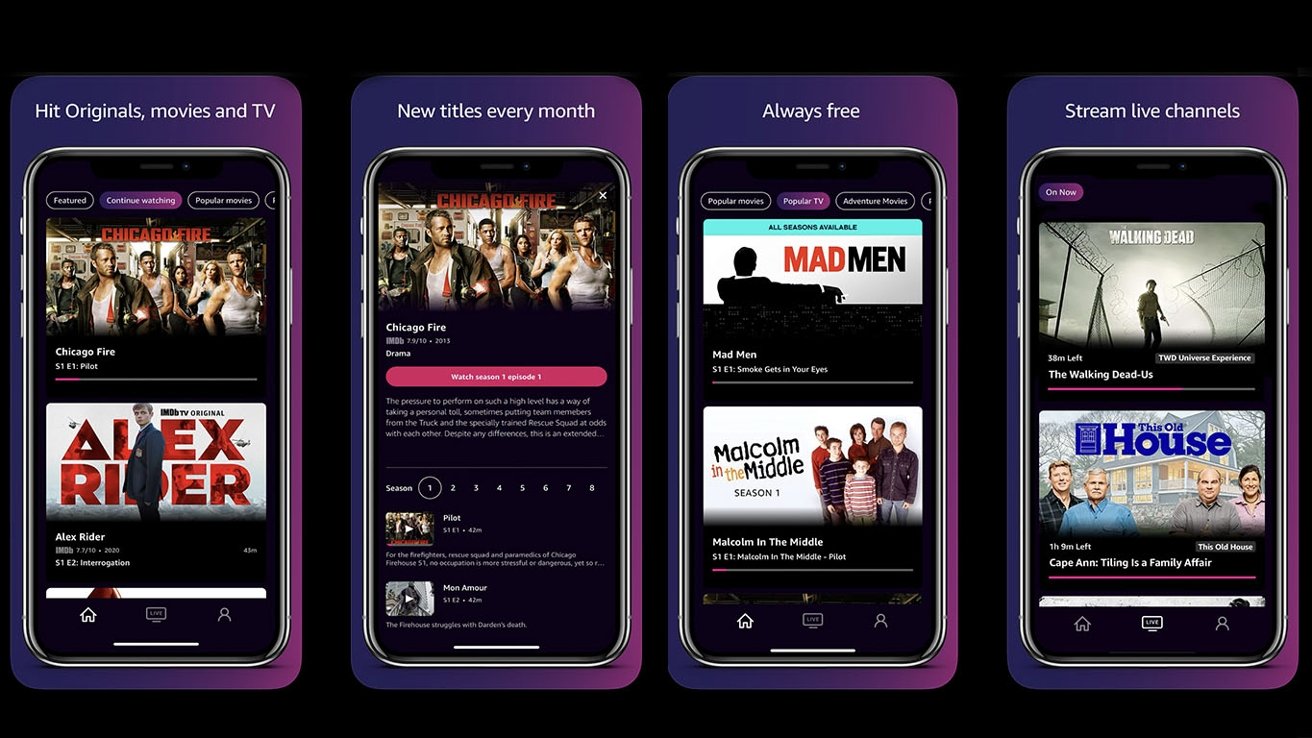 According to Variety, the IMDb TV app launched in 2021 on myriad other devices, including Roku, Xbox One, Xbox Series X|S, Android TV devices that include Chromecast with Google TV, LG Smart TV, and the Playstation 4.

The service originally launched in January 2019 as "IMDb Freedive," but was later rebranded to "IMDb TV." To date, the programming has been served inside Amazon's app, versus Thursday's standalone versions.

The streaming service, owned by Amazon, features a regularly updated catalog of TVs and Movies. Available titles include "Mad Men," "Malcolm in the Middle," "Chicago Fire," and "The Wolf of Wall Street." There is also a growing collection of exclusive IMDB TV Original titles, similar to Netflix Originals or Apple TV+ exclusives.