AppleInsider
Posted: August 5, 2021 3:15PM
in iPhone edited August 2021
A rare Apple device collector has acquired a prototype of the cancelled AirPower wireless charging pad, and has published a video showing the device connecting to an iPhone. 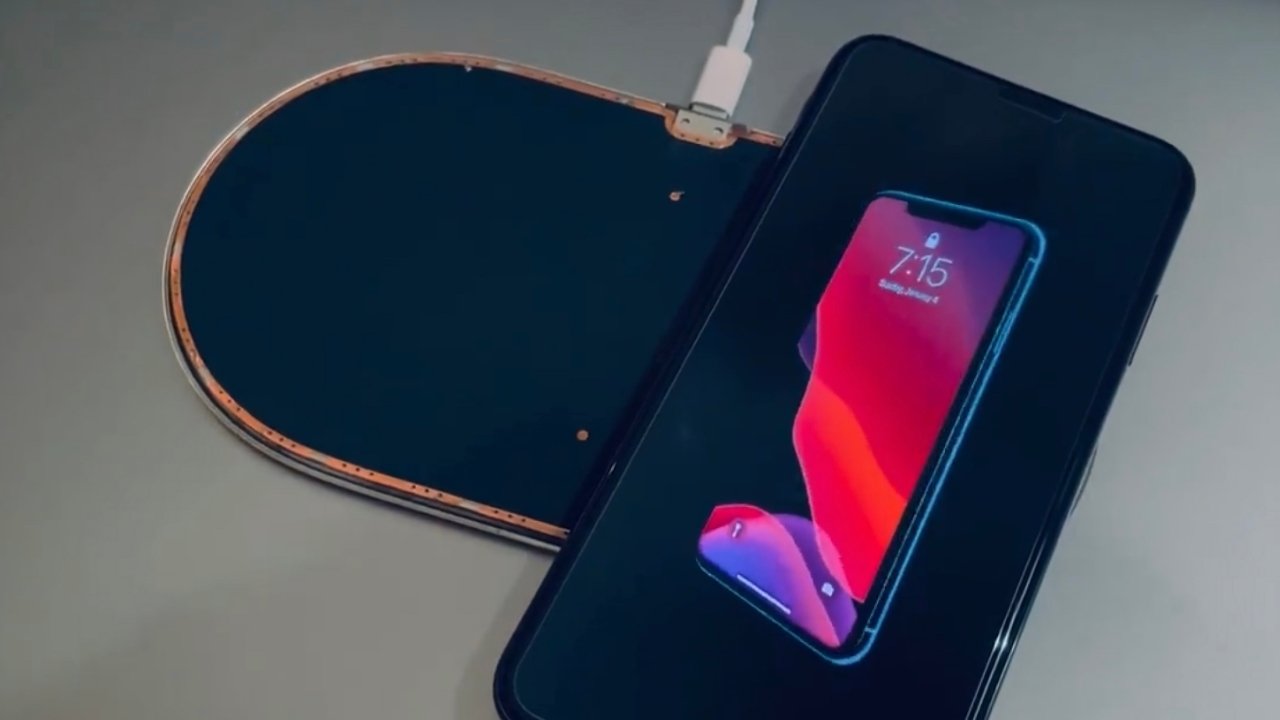 Giulio Zompetti shared a short clip on Twitter with an allegedly working AirPower unit. Unfortunately, he didn't provide any additional information, though the unit appears unfinished.

The iPhone in the video shows the charging animation Apple originally showcased during the AirPower product reveal. However, it doesn't appear to be charging the iPhone since the battery icon is still black in the menu bar.

Apple cancelled AirPower after around 19 months of delays and no additional news from the company. Multiple rumors suggested AirPower could return in a smaller, less ambitious, charging pad, but it seems MagSafe is the true successor to the failed accessory.

While Zompetti didn't provide any information about the AirPower charger in the video, it could be authentic. He has a track record for showing off prototype devices like early Apple Watch units, but AppleInsider doesn't have a way to verify authenticity.