AppleInsider
Posted: September 23, 2021 1:01PM
in General Discussion
Plugable has launched its new Thunderbolt 4 Hub, the first with a "pure USB-C design" that doesn't include any USB-A ports. 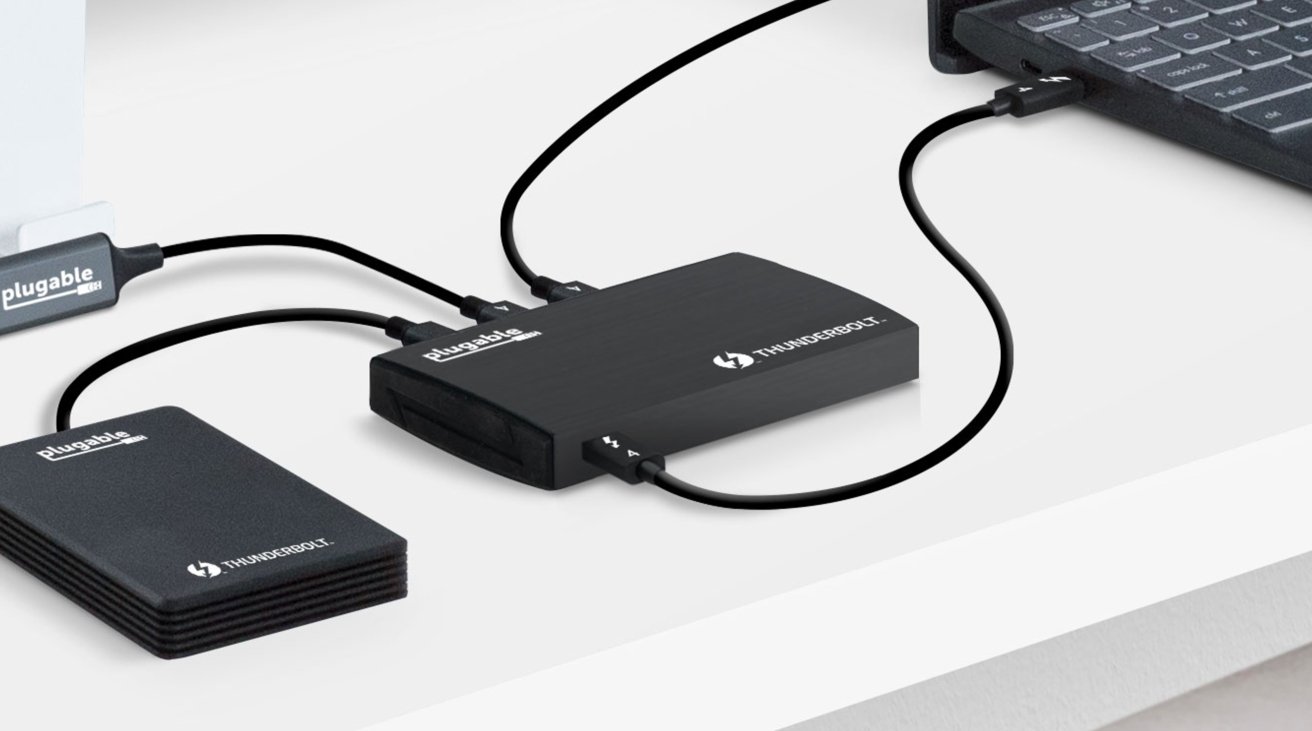 The Plugable Thunderbolt 4 Hub, the TBT4-HUB3C, is a straightforward device that includes a total of four Thunderbolt ports using USB-C. Rather than offering multiple different types of port, the device simplifies its connectivity by dealing only with USB-C Thunderbolt 4 connections.

The hub boasts delivery of the full 40Gbps of Thunderbolt 4 bandwidth, with all three ports being equal in terms of functionality and data transfers. This includes using Thunderbolt with up to six devices daisy-chained together across all three ports. 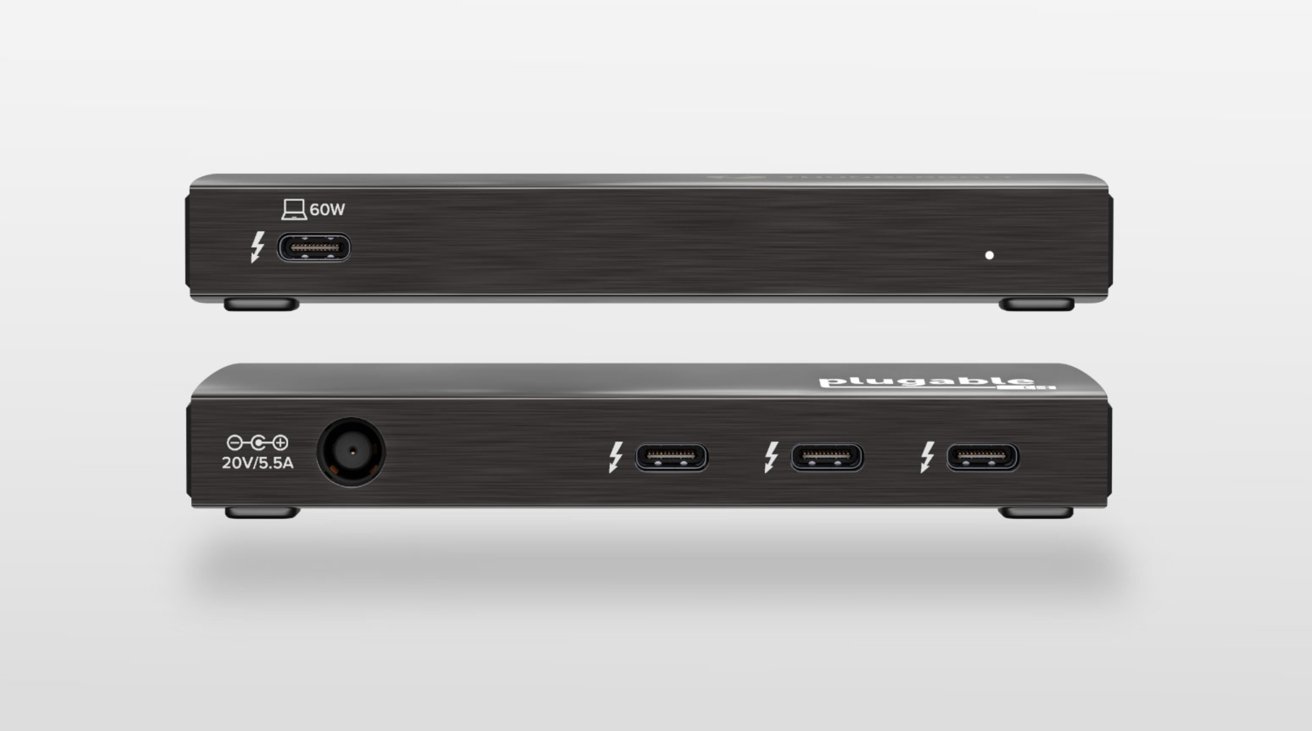 Power delivery of up to 60W is available to the host Mac for recharging, 15W to the downstream ports.

When used with a USB 4-equipped Mac like the Mac mini, the hub can offer dual 4K 60Hz video, or one display on Apple Silicon MacBook models. It is capable of powering a single 8K 30Hz display, when connected to a Windows-based system with Thunderbolt 4, while connected to USB-C, it can drive a single 4K 30Hz picture.

Inside the hub is the Intel Goshen Ridge Chipset, which is used to power both USB4 and Thunderbolt 4 functionality, as well as automatically adapting to whether it is connected to the host computer over Thunderbolt 4, Thunderbolt 3, or USB-C.

Available on Amazon, the Plugable Thunderbolt 4 hub is available at Amazon priced at $189.99, with an on-page $15-off coupon.