AppleInsider
Posted: September 26, 2021 2:07PM
in iPhone edited September 2021
Apple's next iPhone release, the "iPhone 14," will have more changes than the iPhone 13, according to a report, with a "complete redesign" on the cards for the 2022 models. 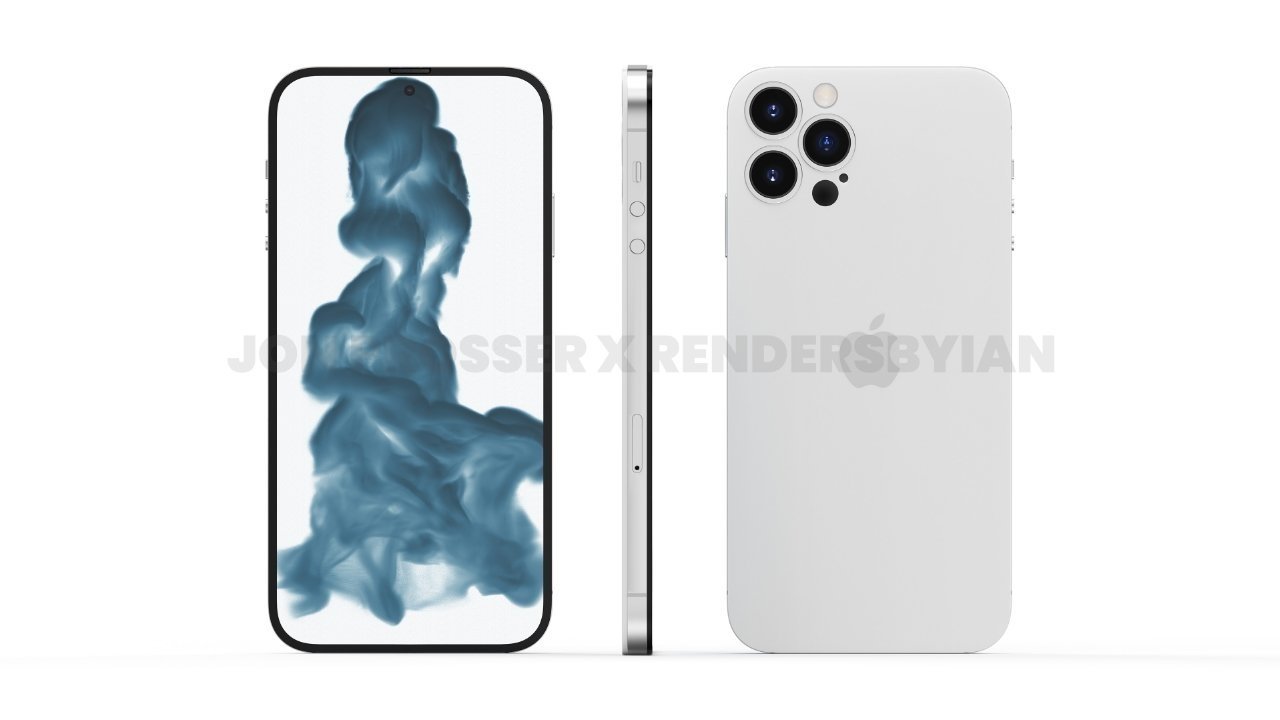 Apple has only just released its iPhone 13 range, but that hasn't stopped the rumor mill from moving to speculate about next year's models. In a Sunday report, it is claimed that there will be big things happening for the "iPhone 14."

In the Bloomberg "Power On" newsletter, Mark Gurman claims "new entry-level and Pro models" will be introduced in 2022, along wih a "complete redesign." To justify the change, Gurman points to relatively minor changes for this year as a sign "that Apple's engineers were working behind the scenes on bigger things that will take more time."

One big change will be the four-device roster itself, with Gurman saying that the mini model may not survive for another year. Instead, Apple could plan for a regular-sized iPhone, a Max-sized version, and the usual two Pro models.

Gurman's comments follow after initial renders surfaced for a supposed "iPhone 14" model, which eliminates the notch and the camera bump from the design. While one render said there would be a hole-punch camera on the front, another rumor claimed elements of the TrueDepth array would use under-display technology to stay hidden from view.

The next iPhone isn't the only device that Gurman commented about in the newsletter, with the added claim that Apple's foldable hardware, such as the "iPhone Fold," could "release in a few years." This seemingly corroborates with a claim from analyst Ming-Chi Kuo on September 20, stating that a folding iPhone would be ready for launch in the fall of 2024.