AppleInsider
Posted: October 20, 2021 4:30PM
in General Discussion
A previously unseen Apple VideoPad 2, a video-centric companion to the MessagePad from the late '90s, headlines an auction of rare Apple devices in November. 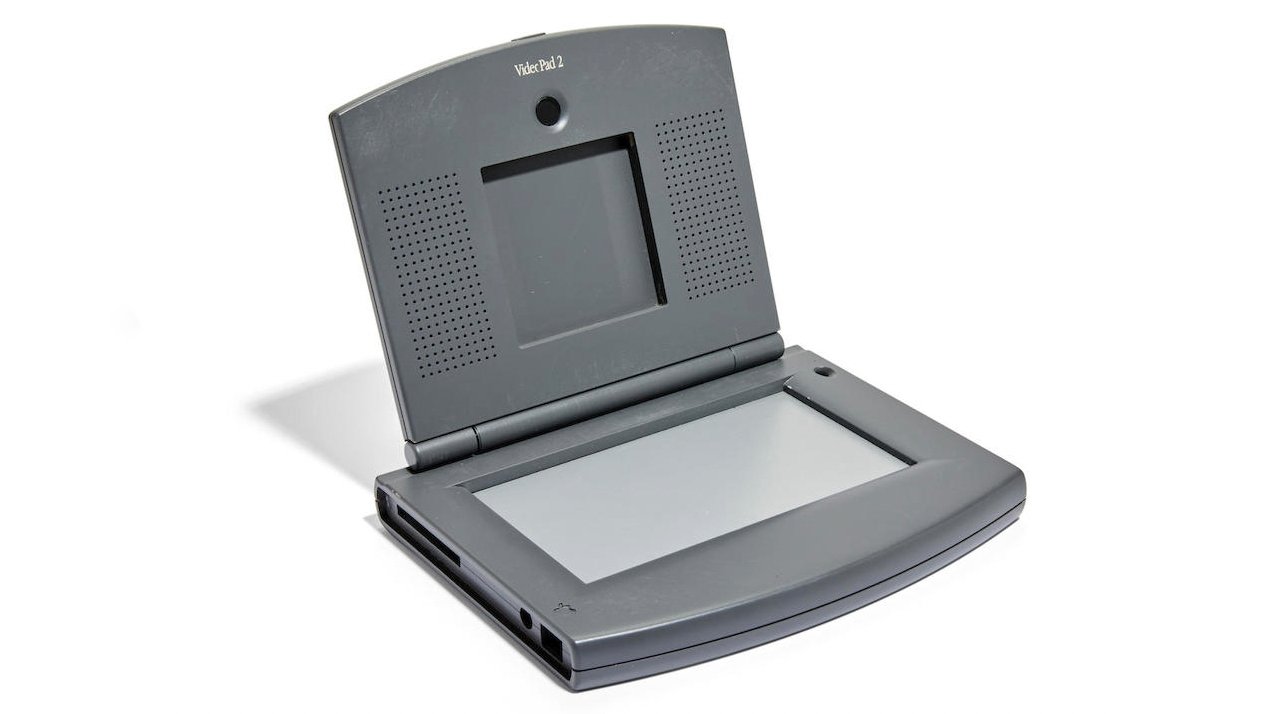 Prototypes of 1990s Apple devices including a VideoPad have previously been circulated on eBay -- but only rarely. In November, the Apple VideoPad 2, a design reportedly never shown to the public, is part of a collection of rare items to be auctioned by Bonhams on November 3, 2021.

"[This is a] unique prototype design for the Apple VideoPad 2, the only surviving concept prototype for the VideoPad PDA," says the auction house's listing. "Three designs were put forward by Apple as VideoPad 1,2 and 3, developed in the period of 1993 to 1995 under CEO John Sculley."

"VideoPads 1 and 3 were the only examples shown to the public," it continues. "They were made from a conceptual design sketch drawn by Sculley."

Reportedly, the VideoPad was seen as a follow up to the Newton MessagePad, and was intended to feature video conferencing. However, it was cancelled along with all of the work on Newton products, by Steve Jobs when he returned to Apple in 1997.

Bonhams auction house has a guide price of between $8,000 and $12,000 for the prototype. It is being auctioned alongside a handwritten letter from Steve Jobs, plus prototypes of the Apple eMate 300, iPad, and Macintosh.