Side-loading is a gold rush for cybercriminals, says Craig Federighi 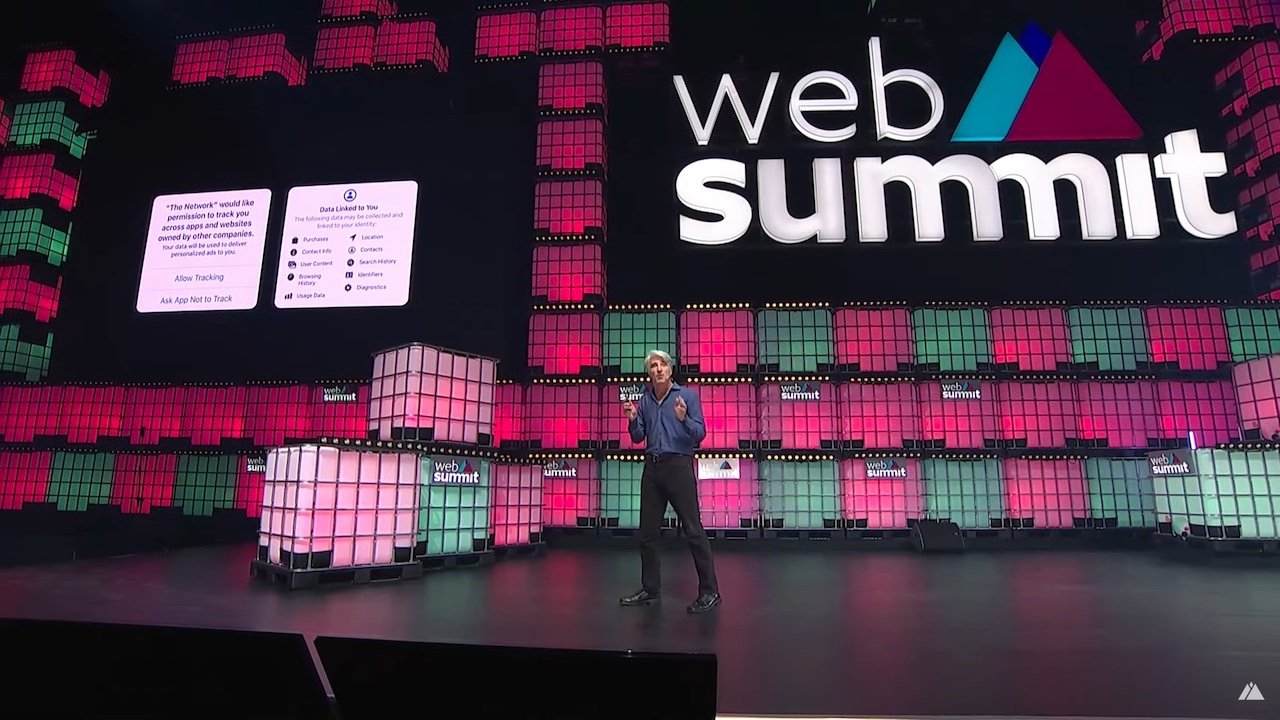 During a keynote speech on day two of the Web Summit in Lisbon, Portugal, Federighi touted the benefits of Apple's iOS and the built-in protections of the App Store. He also spoke out against the provision to allow side-loading in the European Union's Digital Markets Act.

"The DMA has an admirable mission: to promote competition and to make sure consumers have choice," said Federighi. "And I'm a big fan of both of these goals. But as the engineer who wants iPhone to stay as secure as possible for our users, there is one part I worry about. And that's the provision that would require iPhone to allow side-loading."

Federighi said that the provision, intended to provide more choice to consumers, would actually reduce user's choice away.

"Because in the name of giving users more choice," Federighi said. "That one provision would take away consumers' choice of a more secure platform."

The Apple SVP then reiterated some of the company's past talking points on side-loading, included in an October update to its "Building a Trusted Ecosystem for Millions of Apps" white paper.

Federighi, and that white paper, both touted the privacy and security benefits of the iPhone. They also maintain that security is essential on a user's smartphone, given the expanding amount of sensitive data stored on them.

The Apple software chief focused almost entirely on side-loading, choosing to forego talking about the other provisions in the DMA. The crux of his argument came down to the fact that allowing side-loading would, according to Apple, cripple the company's privacy and security mechanisms.

As Apple did in its research paper, Federighi gave a number of specific examples of malware and ransomware that run rampant on competing platforms like Android. All of them, Federighi said, rely on side-loading in one way or another.

"Cybercriminals' targets and strategies vary, but here's one thing that couldn't be more clear: side-loading is a cybercriminal's best friend," Federighi said. "And requiring that on iPhone would be a gold rush for the malware industry."