AppleInsider
Posted: November 17, 2021 3:48AM
in Mac Software edited November 2021
Apple susbsidiary Claris this week issued an update for its flagship FileMaker Pro software with a slew of new features and enhancements, including Shortcuts for macOS Monterey. 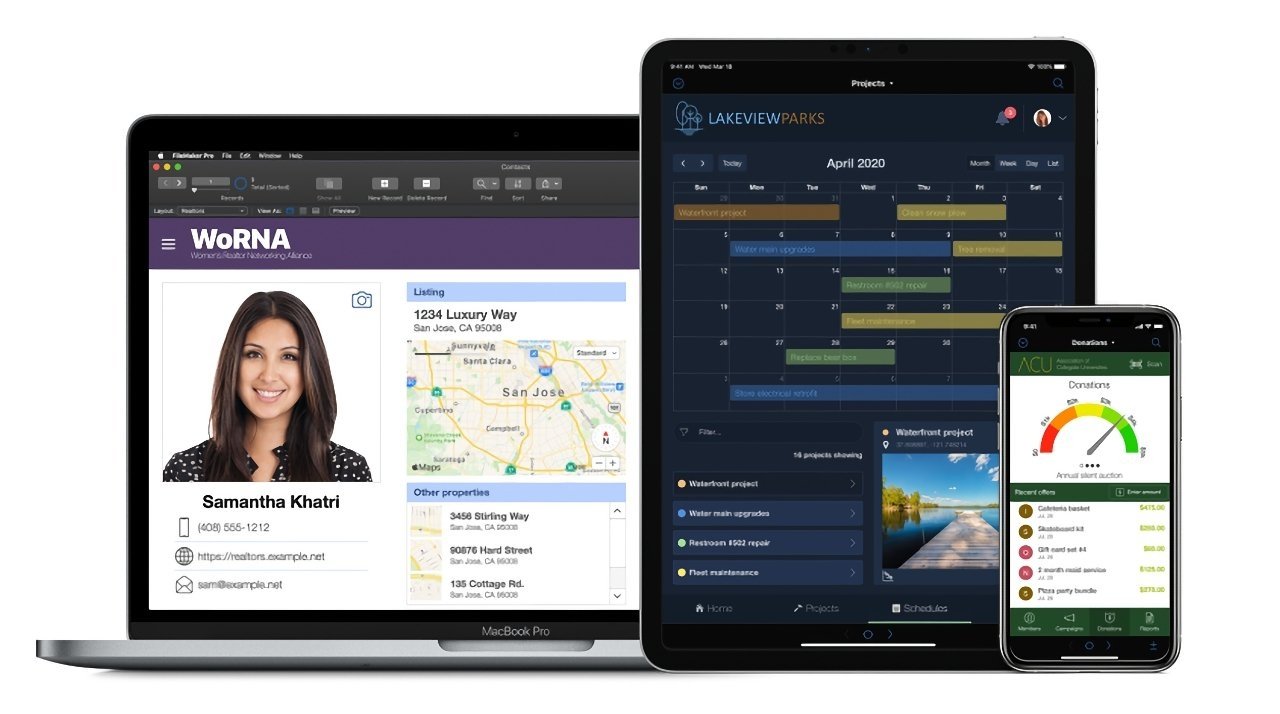 In macOS Monterey, FileMaker Pro 19.4.1 brings Shortcuts support to the Mac version of Claris' low-code software development tool for the first time. Using the Script Workspace, users can designate which FileMaker scripts within a FileMaker Pro file to hand over to Shortcuts, then use Siri or the Shortcuts app to open the file, run a script or pass in an optional parameter.

Shortcuts has been available to FileMaker Go since version 19 launched on iOS in 2020.

Features enhanced in version 19.4.1 include faster SQL queries for field information in FileMaker Pro files and improvements to the "Request" option in the Execute FileMaker Data API script step.

A number of issues are addressed in the release, with Claris noting FileMaker Pro is now updated to OpenSSL version 1.1.1l. A full list of bug fixes for Windows and Mac is included in accompanying release notes.

Claris transitioned from annual releases to a rolling schedule in 2020 and has since issued a number of substantial updates for its FileMaker Pro product, the most recent of which delivered support for Apple Silicon Macs in June.

FileMaker Pro can be purchased from Claris' website with prices starting at $19 per user, per month.