AppleInsider
Posted: December 8, 2021 12:16PM
in macOS edited December 2021
An unknown number of macOS Monterey users are reporting that Apple's Time Machine is failing on its initial backup of a drive and it's not clear why. 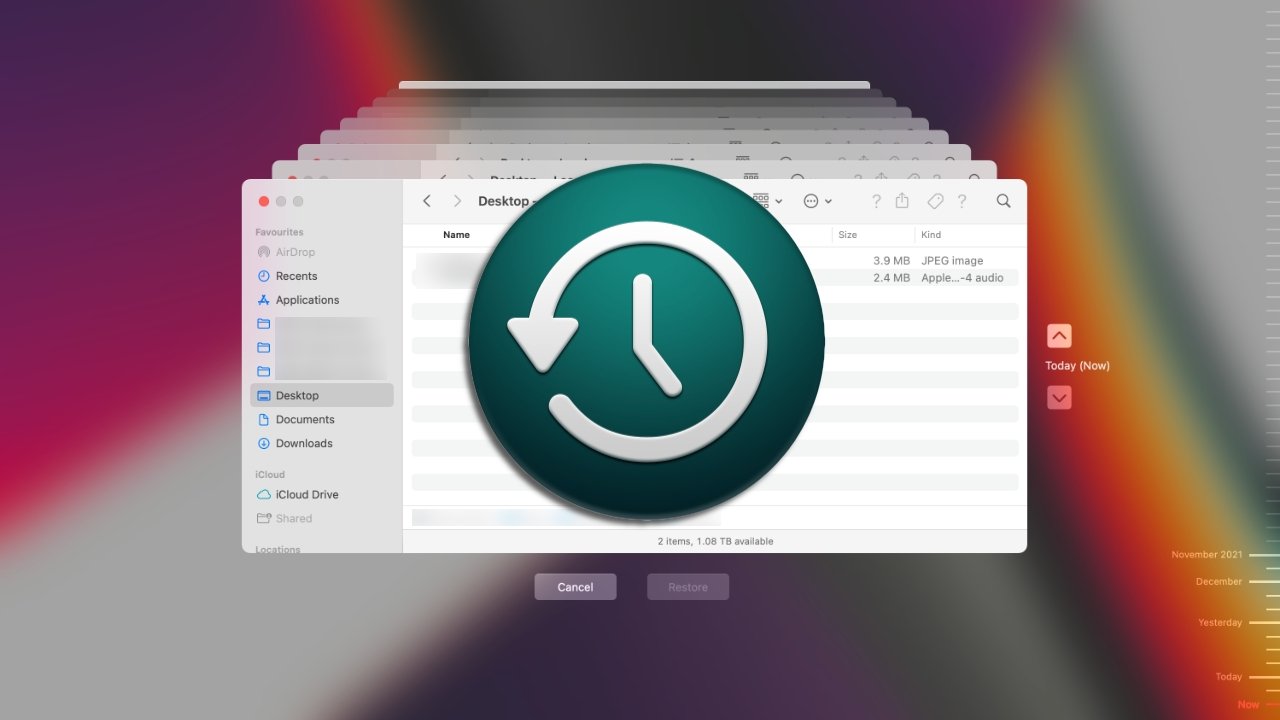 According to posts on Reddit, it is specifically related to the first time that the Time Machine solution attempts to backup a drive. Not only does it fail to complete the backup, but it nonetheless takes up storage space.

"I was performing my first TM backup on Monterey," wrote Reddit user Muhdakmi. "Everything seems fine and it loads the backup onto the disk and taking up storage. But when it was completed and showing 'cleaning up' suddenly it shows 'Oldest Backup: None" [and] 'Latest Backup: None.'"

"And on the Menu Bar, it kept showing 'Waiting For First Backup To Complete,'" continued the user, "and when I check the disk backup at Finder, nothing is there yet storage is filled up."

Some users, as spotted by MacRumors, are finding the same issue with macOS Big Sur.

A solution that has worked for some users, is to perform a fresh installation of macOS Monterey. Other users report the same issue after a clean install.

AppleInsider cannot confirm the issue. One staffer with a directly-connected SSD had no issue restoring, and a second with a still in-service Time Capsule plus a Time Machine volume configured on a Network Attached Storage appliance -- both obviously connected over a network -- confirmed the integrity of their backups.

Apple has yet to comment on the matter. At present, there doesn't appear to be an increase in calls to Apple support regarding the matter, but that may only mean that the problem is very new, or customers aren't seeking help for the issue.

Time Machine is Apple's own backup system, included with all Macs. However, there are third-party alternatives. AppleInsider suggests examining your Time Machine backup, and perhaps using a third-party utility to "clone" your important data.