AppleInsider
Posted: December 10, 2021 12:46AM
in General Discussion
Australia now has the newest round of Apple Maps updates, boasting more detailed road coverage, better navigation, and features like Look Around and Share ETA. 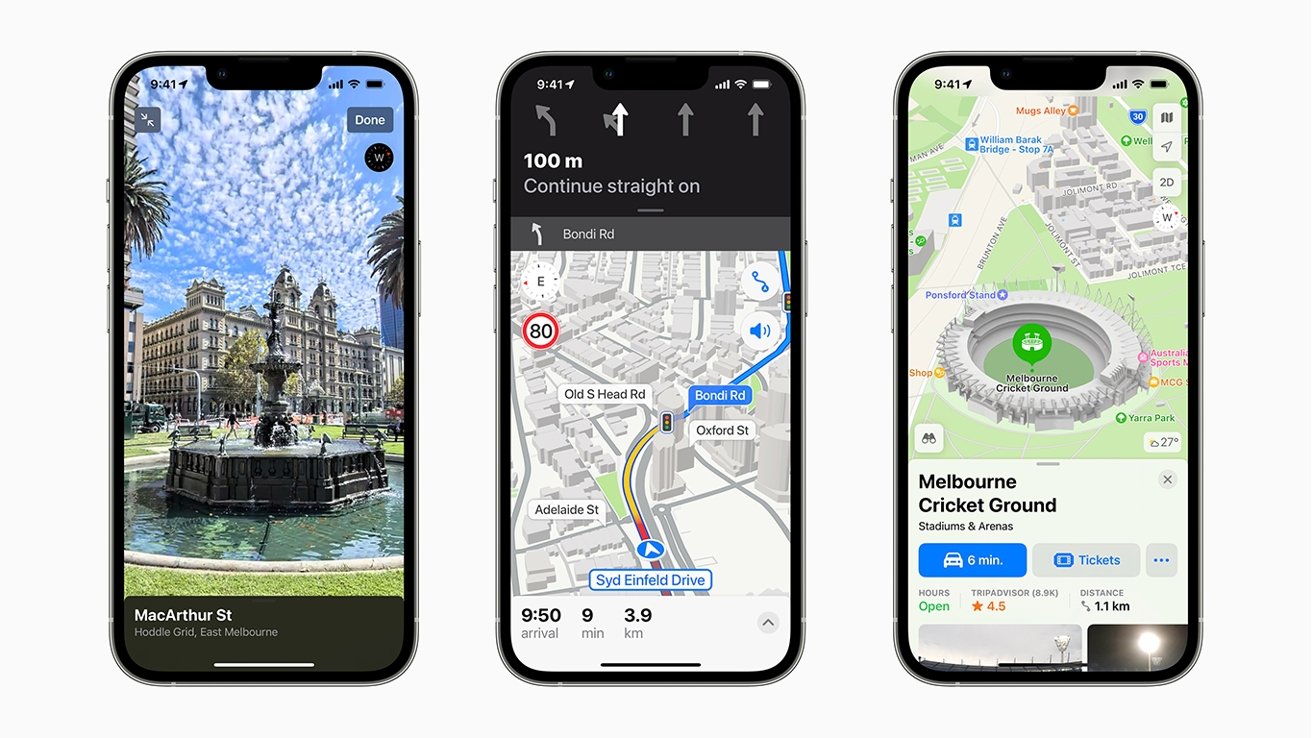 While vigilant Apple Maps watchers previously spotted this update, Apple has officially announced the rollout of new Maps for Australia.

Siri also received the Siri Natural Language Guidance update, which helps to create natural-sounding directions that are easier to follow.

Soon, new, immersive walking directions will roll out for Sydney and Melbourne. Users will be able to raise their iPhone to scan buildings in the area, and Maps will generate a "highly accurate position to deliver detailed directions that can be viewed in the context of the real world."

Other features include Look Around, the street-level exploration feature designed to help users familiarize themselves with a place before visiting. Flyover, a feature that allows users to observe a location from above, has also been added.

Australia also gets Guides, a feature that provides a curated list of locations to eat, shop, and explore, created in partnership with trusted resources. Resources include Culture Trip, Louis Vuitton City Guides, Thrillist Australia, and more.

Apple has most recently been surveying Australia for Apple Maps from February 2021 through June 2021, and now the resulting data is being rolled out to users.

Apple continues to roll out new Apple Maps features worldwide. In September, Apple brought Look Around to Italy, along with improved navigation for Italy, Vatican City, and San Marino.