AppleInsider
Posted: December 27, 2021 7:41PM
in Future Apple Hardware
An iffy rumor from a Brazilian blog claiming Apple will remove the SIM tray from some iPhone 15' models has gained traction, with an anonymous tip and a known leaker adding fuel to the claim. 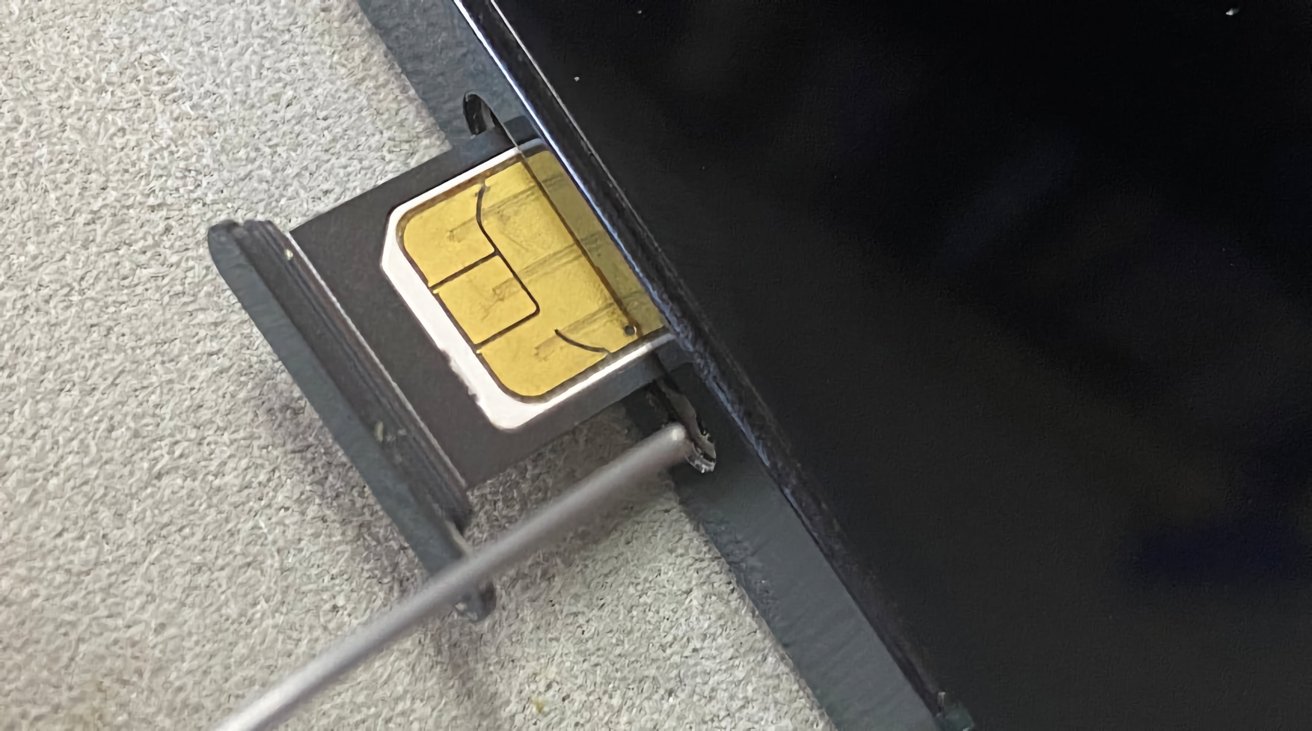 The SIM card tray has been a long-standing component of the iPhone, even with Apple's inclusion of the eSIM in later versions. A dubious report from late December claimed that it would be removed from some models by 2023, a claim that has seemingly garnered some support.

A December 24 post by Brazilian site BlogdoiPhone cited "internal sources" that the Pro models of the "iPhone 15" in 2023 would offer consumers dual-SIM support, but only through using two eSIMs. This would mean there wouldn't be a SIM tray used at all for that particular model, if true.

While the rumor is doubtful given industry agreements and international requirements, it has somehow gained some support.

An anonymous tip to MacRumors on Sunday claimed Apple has told U.S. carriers it will be launching eSIM-only models in September 2022, a year earlier than previously rumored. The tipster also provided the publication with a "seemingly legitimate document" outlining the timeline for the initiative's rollout, though the document didn't specifically mention iPhones or Apple at all.

The plan allegedly will involve some carriers providing the iPhone 13 without an in-box nano SIM from the second quarter of 2022. If this is correct, then Apple would theoretically do the same with the "iPhone 14."

Adding more fuel to the fire, leaker @Dylandkt on Twitter posted on Monday in "agreement with recent rumors regarding the removal of the physical SIM card tray." The leaker also retweeted a post from February 14, one claiming sources alleged Apple wanted to remove the tray quicker, and that an eSIM-only iPhone was being tested.

Given Apple's sale of iPhones in China with a tray capable of taking two SIMs, and continuing demand internationally for that model, it seems unlikely that Apple will do away with SIM trays anytime soon. While many carriers provide eSIM services, it is probable that Apple would still produce models with the SIM tray alongside the alleged eSIM-only versions.

The iPhone 13 and iPhone 13 Pro currently support two eSIMs, up from the single eSIM from earlier models.