AppleInsider
Posted: January 27, 2022 3:15PM
in Future Apple Hardware
Apple has been researching how to embed a speaker underneath a MacBook Pro keyboard, which would meaning being able to reduce the device's footprint. 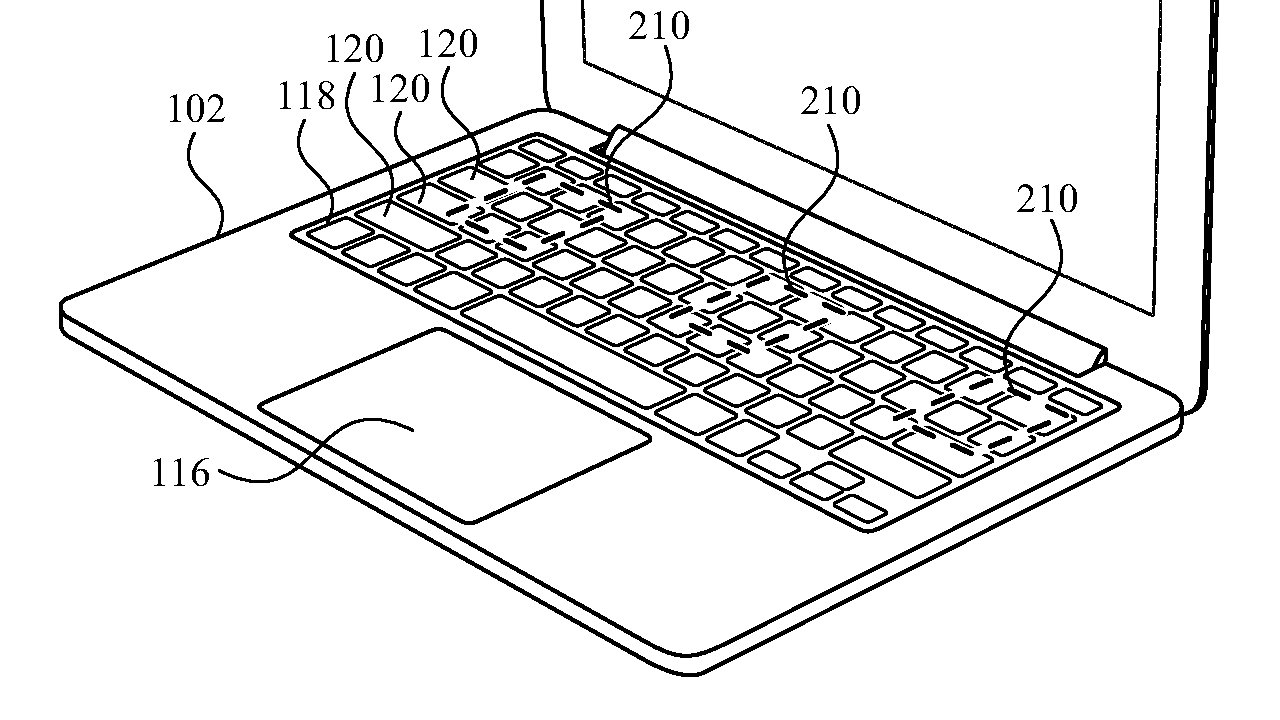 First they came for the bezels - and Apple isn't done reducing those - and now it wants to cut back on the speaker grill. Apple's ideal for the MacBook Pro appears to be one where the device is no wider than the keyboard, and no taller than the screen.

Apple's ideal for the MacBook Pro is apparently the beloved 12-inch PowerBook. But that model wasn't known for having great audio, not even with its hidden subwoofer inside the chassis.

So the newly-revealed "Speaker Assembly for Electronic Device" patent application proposes a new speaker system. Audio quality is important, but this patent application is equally concerned with "design, heft, ease of portability, and overall aesthetic appearance."

"One design challenge associated with the manufacture of electronic devices is the assembly of parts that provide different functions into a compact form factor," says the patent application. "This design challenge generally arises from a number of conflicting design goals that include the performance of separate components and the user experience while interacting with the electronic device."

Apple wants the MacBook Pro to sound great, but also to not in any way impair a user's working on one.

"During operation, a speaker mounted within an electronic device may move in a manner that generates vibrations," continues Apple. "At the same time, a user may operate a keyboard or another component of the electronic device by physically contacting such a component."

Apple also wants to "achieve such results with an arrangement that minimizes cost in terms of components and time for assembly."

The proposed solution is a speaker system that would reside underneath a MacBook Pro's keyboard. The system would be a speaker assembly that included the speaker itself, and also be "coupled to the chassis via a spring element."

This spring element could be "configured to reduce transmission of vibrations generated by the speaker into other components." 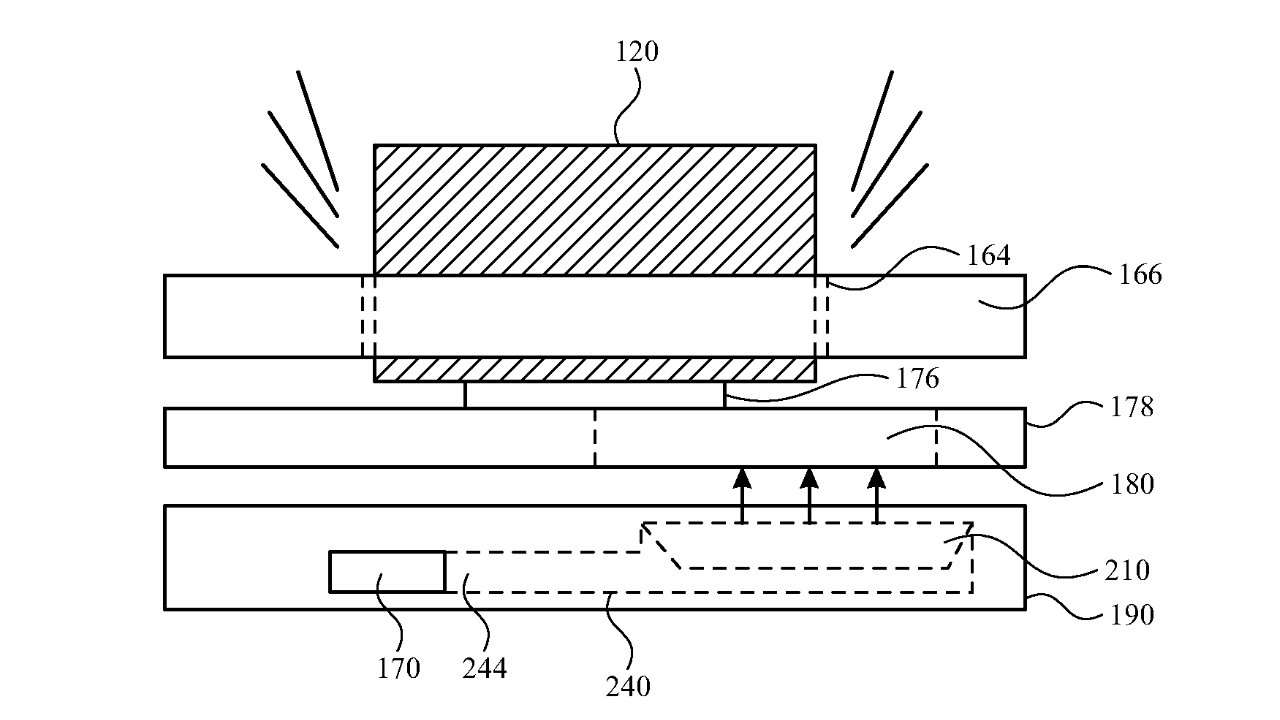 "For example, the spring element can include an arm that extends within an opening of the main body to connect the main body to a fastener secured to the chassis," says Apple. "With such an arrangement, the speaker assembly can operate from within the laptop (e.g., beneath the keyboard) to generate sound without propagating excessive vibrations throughout the laptop."

So you could type while listening to loud music and neither your striking the keys, nor the tune moving the speaker, should affect each other.

This patent application is credited to eight inventors, including Stuart M. Nevill. His previous related work includes research that led to the redesigned speakers on the 24-inch iMac.