AppleInsider
Posted: January 27, 2022 7:31PM
in General Discussion
After months of the feature's absence, Apple has finally introduced its long-awaited Universal Control feature in the latest beta versions of macOS Monterey 12.3 and iPadOS 15.4. 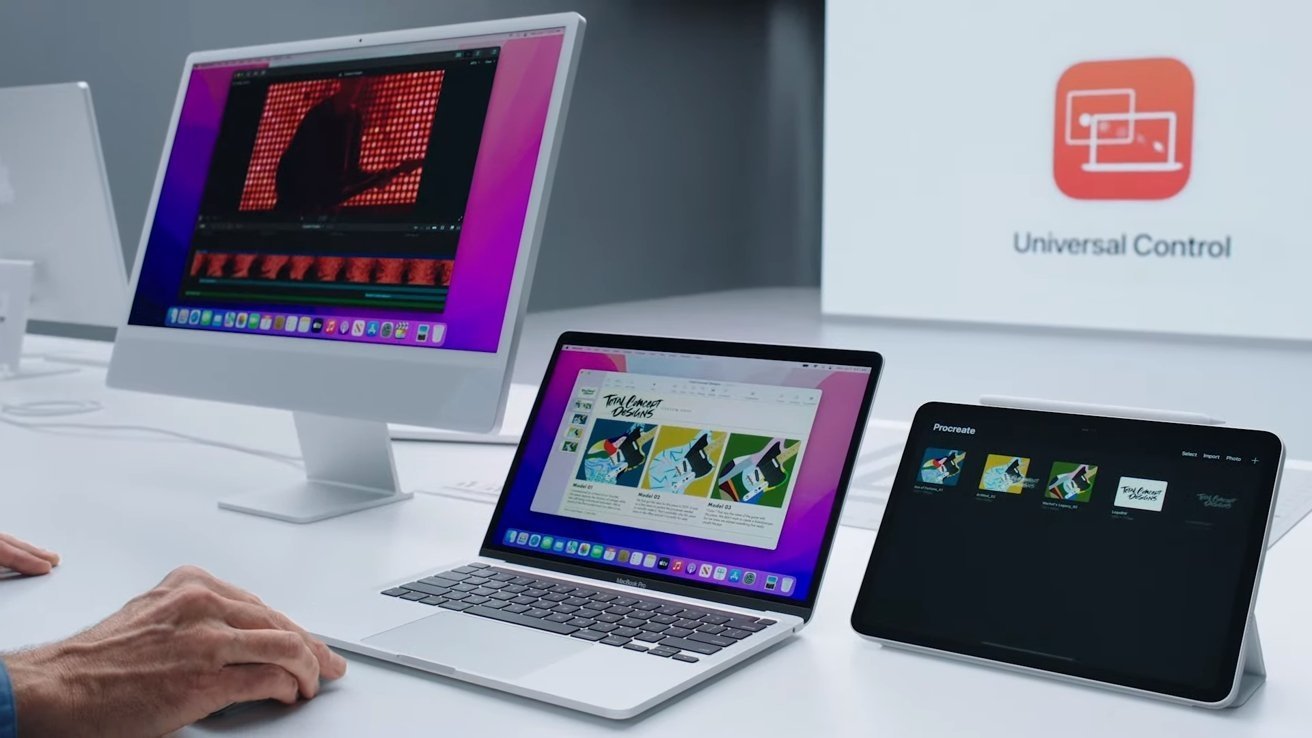 The feature, which allows users to control multiple Mac and iPad devices with a single mouse and keyboard, was initially slated for a release by the end of 2021. By December of that year, Apple officially delayed the release until the spring of 2022.

In the first beta builds of iPadOS 15.4 and macOS 12.3, Apple has implemented settings related to the Universal Control feature. In addition, the feature is enabled by default once a user updates to the latest betas.

Universal Control creates a unified cursor that can be moved to another nearby device by pushing to the edge of a display. It requires all iPad and Mac devices to be logged into the same iCloud account, however. Users can find the Universal Control settings after updating to the new betas in the Displays section on macOS and in the AirPlay & Handoff section on iPadOS.

The Cupertino company first unveiled Universal Control at WWDC 2021, with an expected release date by the end of the year. Apple's release date of Spring 2022 lines up with the expected debut of macOS Monterey 12.3 and iPadOS 15.4.

AppleInsider will be evaluating the feature in the coming days.