AppleInsider
Posted: June 22, 2022 4:18PM
in General Discussion
An over-the-air update to the Polestar 2 is upgrading the in-car infotainment system with full CarPlay compatibility. 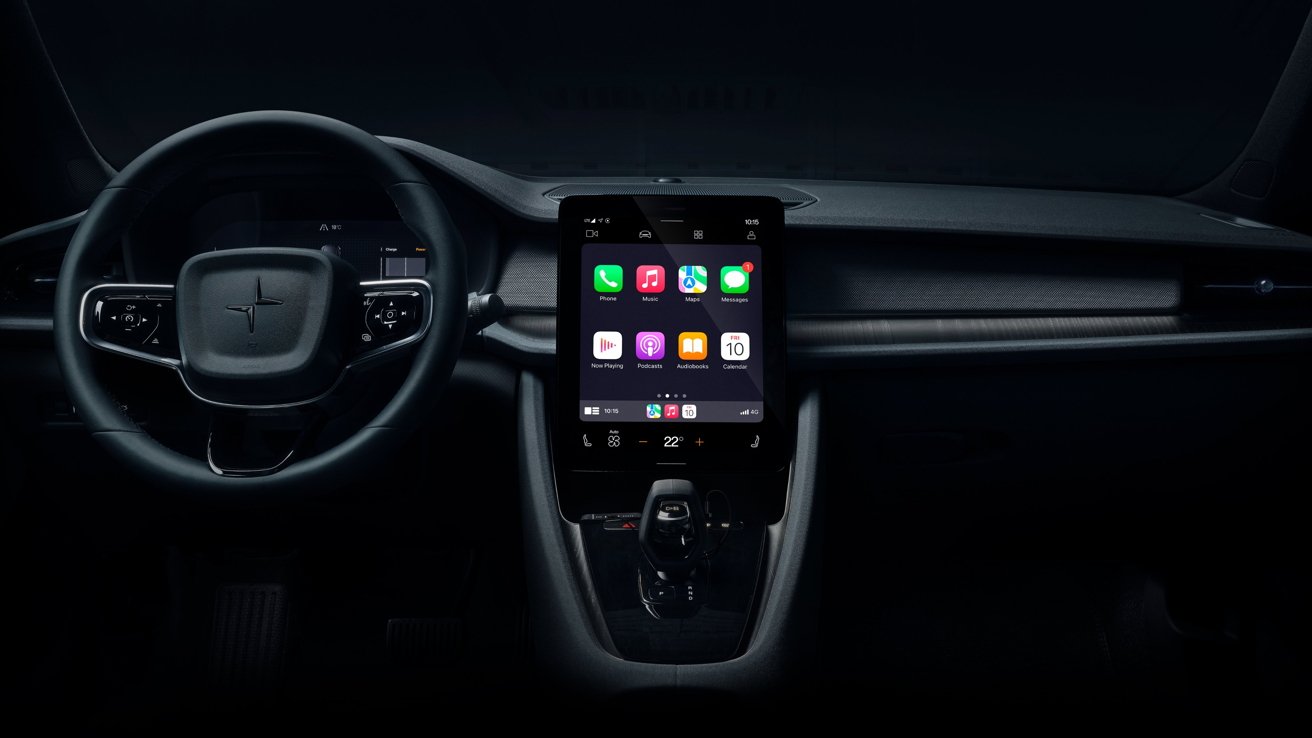 A replacement interface for its heads-up display will be made available for iPhone users, Polestar announced in a tweet Wednesday.

The most fun part about driving a Polestar is driving it, but there's more to it. Our latest over-the-air update for the Polestar 2 comes with Apple CarPlay, allowing Polestar owners with an iPhone to change music, use apps, and communicate through Siri or the infotainment system pic.twitter.com/mulkjIUR6D

According to the company, this will allow the car's driver or passengers to "change music, use apps, and communicate through Siri" with an iPhone connected.

Polestar was purchased by by Volvo Cars in 2015, with it spun off into EV-only production in 2017. The company leverages technology and manufacturing from Volvo Cars.

Manufacturing for Polestar is mostly in China at the moment. An expansion into US manufacturing is expected in the next few years.

The company announced a revamp to CarPlay. The new version will supply the interface for the entire dashboard, including for the speedometer.

The upgrade announced at WWDC isn't coming until 2023 at the earliest.