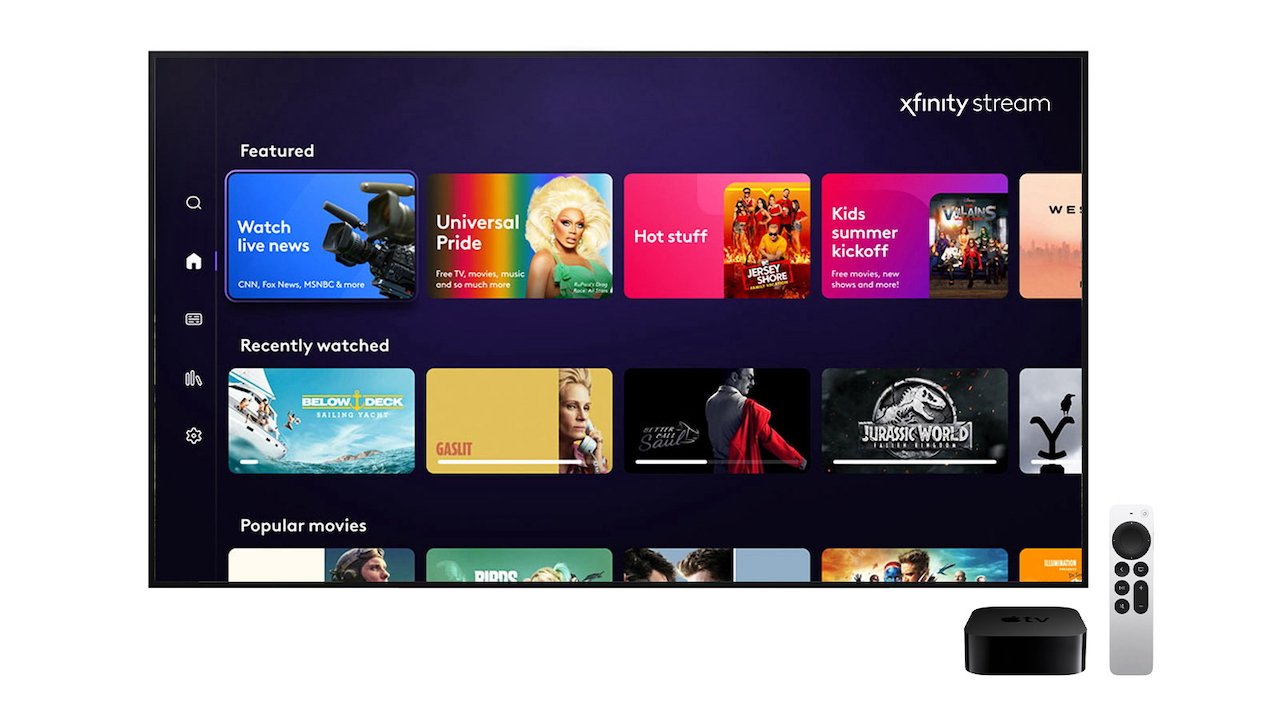 Available now for Apple TV 4K and Apple TV HD, the Xfinity Stream app will allow users to watch most content available through an actual Comcast Xfinity set-top box. Users with existing subscriptions will be able to stream more than 250 live TV channels and access thousands of shows and movies in the Xfinity library.

Back in October, Apple and Comcast announced a joint venture to bring the Apple Apple TV+ app to Comcast platforms and the Xfinity Stream app to Apple's streaming hardware.

Comcast also said that it has redesigned its Xfinity Stream app to feature a more intuitive user interface that implies content discovery and includes a personalization algorithm. The redesigned app is launching first on Apple TV hardware before a broader release.